Opinion Fox sports predict we will finish 15th in 2021

Even so I don't see us finishing 15th but that's just a personal opinion. This far out from a season with player movements still happening predicting the ladder is about as easy as predicting the lottery.

no spoon and I am happy... we might be on the upward swing after years of sh*t but there is no quick fix to the damage done to the FG squad and club as a whole since 2012
T

Good thing is the experts are wrong every year so we have that on our side lol.

TOTTO said:
Good thing is the experts are wrong every year so we have that on our side lol.
Click to expand...

we were projected to finish 8th at the beginning of the 2002 season... and yet the narrative would have you believe that we had an unfair advantage that year instead of simply over paying our players

It’s only Fox Sports guys ... Nothing to see here.

Wakeham Hooker?
get off the juice
the bloke is absosulte Shithouse

CanterburybankstownBD said:
Am I the only one who thinks this is ludicrous?
The new signings, plus our existing players and new coaching staff + the new fresh set-up with training facilities..
I think our team looks nicely balanced, I'd be shocked if we finished below 9th.
Am I being too ambitious?
Click to expand...

I guess so. Most have identified hooker, and our 1-5 backline as a major weakness. We’ve only added cotric. It will take time to mould the squad the way Barrett wants.
A

I have always thought that the 2020 roster was better than 15th place in spite of everything.

Change of coach, (which hopefully proves an improvement) staff and tactics will make a difference with the same group of players, but I think the big one is fitness in the last 20 minutes of a game. Would be good if we had more of an attacking mindset as well!!

All this combined should see the same players around 10th-12th on the ladder. I think it’s a chasm from 10th to 7-8th which requires player upgrades which are coming.

Recall we lost quite a few close games this season which I put down to inferior fitness (amongst other things) which could have seen us higher on the ladder. I will be shocked if, at the least, we are not one of the fittest half dozen teams in the comp next year.
A

Just because you're an ex player doesn't make you an expert

Just for shits and giggles, I looked back at Fox Sports 2020 predictions. Only one of their seven 'experts' (Ennis) picked Penrith to make the 8. 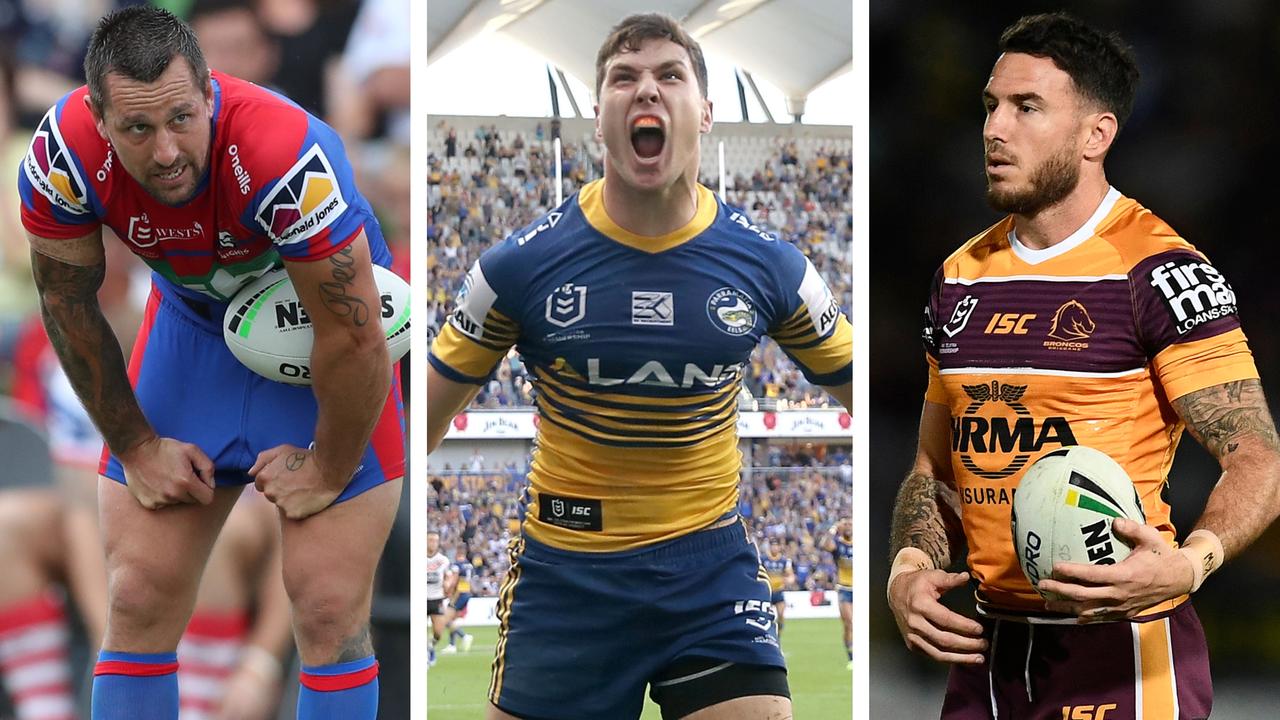 The NRL season is upon us.
www.foxsports.com.au

Roll the Bones said:
Just for shits and giggles, I looked back at Fox Sports 2020 predictions. Only one of their seven 'experts' (Ennis) picked Penrith to make the 8.

The NRL season is upon us.
www.foxsports.com.au
Click to expand...

Not only that but more than half of them had the Bonkos in top 8, and the lowest any of them went was 11th.

There's a lot of player movement to go yet.
If we can somehow get Burton, a quality hooker and a decent centre between now and kick off, as well as some improvement in the squad from the new coaching set up we may just push for the 8.

Phalangist said:
Yes you are.
Who have we got next year ?
Fanagan
Great signing but can we go up 7 spots just because of him? I doubt it

we still have a weak spine, I think we are just excited for change, Burton comes over and then we are talking.
Click to expand...

Yep, Flannagan will EVENTUALLY be a very very good player but not for a few years.

Last season he was ok/solid with having arguably the best 5/8 in the game and the best player in the world out the back behind a gun pack.

I think we will finish somewhere between 11th to 16th.
Areas of weakness remain.
Wakeham & Lewis are not even first grade standard.
JMK is average.
Napa is absolute shit.
Hopefully Barrett gets the team to over perform.

I really think we'll finish in the top 8..