NRL 2021: Matt Burton’s agent asks Panthers to release young star to the Bulldogs
Paul Crawley
Bulldog-in-waiting Matt Burton “100 per cent” wants out of Penrith to join Trent Barrett at Canterbury immediately.
And in a stunning development to one of the NRL off-season’s simmering storylines, his agent David Riolo has appealed to the Panthers to “let him go now”.

The gifted Dubbo junior has long been recognised as one of the game’s most exciting emerging talents.

But Burton’s NRL career has stalled as he continues to be stuck behind Jarome Luai in Penrith’s five-eighth pecking order.

Riolo also revealed Burton was told he’d be playing for a centre spot this year.

But now the Panthers have done a swap deal with Wests Tigers to bring in Paul Momirovski in exchange for Daine Laurie’s release on the weekend.

It just makes Burton’s hopes of playing NRL this year even more unlikely.

Kayo is your ticket to the best sport streaming Live & On-Demand. New to Kayo? Get your 14-day free trial & start streaming instantly > 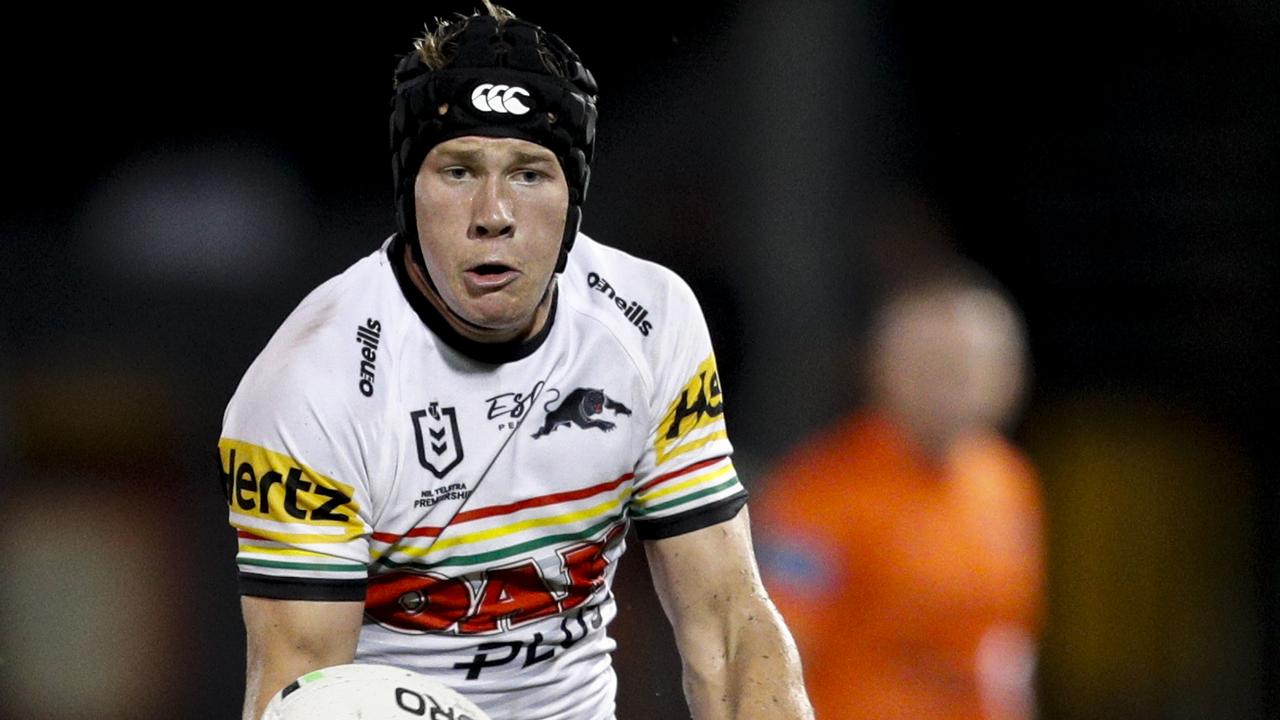 Matt Burton’s manager says he wants out of Penrith now. Picture: Getty Images.
“I am not upset with Penrith,” Riolo said.

“Penrith have been really good and developed the kid.

“But both parties should move on, it (will be) better for all of them.

“He will lose a year of first grade if he stays.”

When asked if Burton wanted out, Riolo was clear: “100 per cent.”

But for some reason it appears Burton has become the pawn in a bigger power play between the two clubs.

It’s no secret Burton has already committed his future to the Dogs for three seasons from 2022.

Of course, Barrett was Ivan Cleary’s assistant last season on their charge to the grand final, but there seems no love lost now.

Behind the scenes the Bulldogs have been hoping for months that Penrith would release Burton at some point.

Riolo says it’s time for everyone to make it happen. 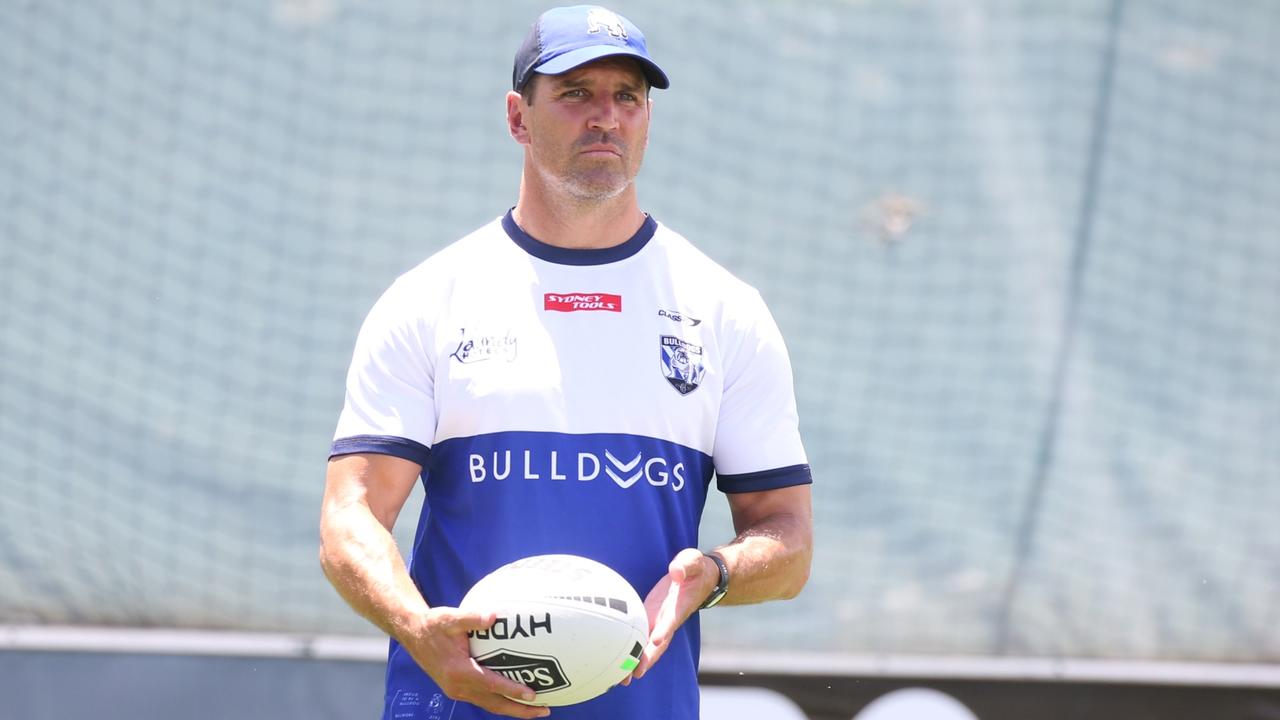 Burton has already signed with the Bulldogs for 2022, but Trent Barrett wants him at Belmore early. Picture: Bulldogs Digital.
“In my opinion it is better if Matt Burton goes to the Bulldogs now,” he said.

“He wants to be somewhere else.”

Riolo explained the soon to be 21-year-old had been treading water all summer: “He trains with the top squad but he is not in the top team.

“He is surplus to their top team so let him go now.”

While it has been assumed all summer that a deal will be ultimately cut between the clubs before the new season kicks off, it just continues to drag on.

Riolo conceded talks continue to bubble along but only Penrith can make it happen.

The chances of happening sky rocket now that Burton is pushing from his side too. He’s got to play the Klemmer card.

What’s funny is that we talk about ensuring players welfare and what not but keep this kid to ransom due to Baz being with us and not them anymore. Just let the kid go and be happy what you developed playing in first grade... it’s not rocket science

BEAST MODE said:
I want Burton but I also want Averillo to get a year at 5/8
Click to expand...

BEAST MODE said:
I want Burton but I also want Averillo to get a year at 5/8
Click to expand...

Mate if Matt Burton comes and plays at 6 you bet your bottom dollar we'll be making the 8. Matt Burton along with the other signings like Allen, Cotric, Flange, Hethro etc...far out

THATS WTF I WANT TO HEAR!

He needs to go on tick tock to make it official

dogwhisperer said:
Mate if Matt Burton comes and plays at 6 you bet your bottom dollar we'll be making the 8. Matt Burton along with the other signings like Allen, Cotric, Flange, Hethro etc...far out
Click to expand...

Burton is better but overhyped imo. If he was playing for us last year he would've been smashed on here. Won't be as easy playing behind our pack when compared to Panthers.

Fuck the panthers and fuck ivan

Send Lewis to the Panthers in exchange

Stick that up your arse Cleary you myth

Aha! The final piece in the puzzle. Agitation from the other party. Come over lad.

Guess averillo slots in as utility. Would be an exciting acquisition if it can be pulled off before round 1. Wonder what it would actually take.

They can take a pick from Napa, Lewis heck even throw in katoa

Shame Reimis left. Could have sent him packing

Riolo should’ve come out and said this before Christmas so if it goes through the kid has more than a week or 2 to train with us.

Spoonman84 said:
The chances of happening sky rocket now that Burton is pushing from his side too. He’s got to play the Klemmer card.
Click to expand...