Luke Thompson is heading to the NRL - with South Sydney

By The Mole
3 days ago

Talk is getting stronger that Super League grand final man of the match Luke Thompson is heading to the NRL - with South Sydney the favourites to gain his services.

Thompson has knocked back offers to move down under in recent seasons, but now he has won a premiership with St Helens, word is his goals may change.

The Rabbitohs have strong ties with English football, with the four Burgess brothers being such a major part of the club's successes in recent years.


Ironically, the Rabbitohs may look at tough St Helens prop Thompson in 2021 as a replacement for star forward Sam Burgess.

I'm hearing that Burgess's troublesome shoulder is causing him plenty of grief and next season could be make or break for the Rabbitohs hardman.


Burgess is in the hands of specialists and will undergo surgery soon and may well miss the start of next season in a bid to regain the strength in the shoulder. 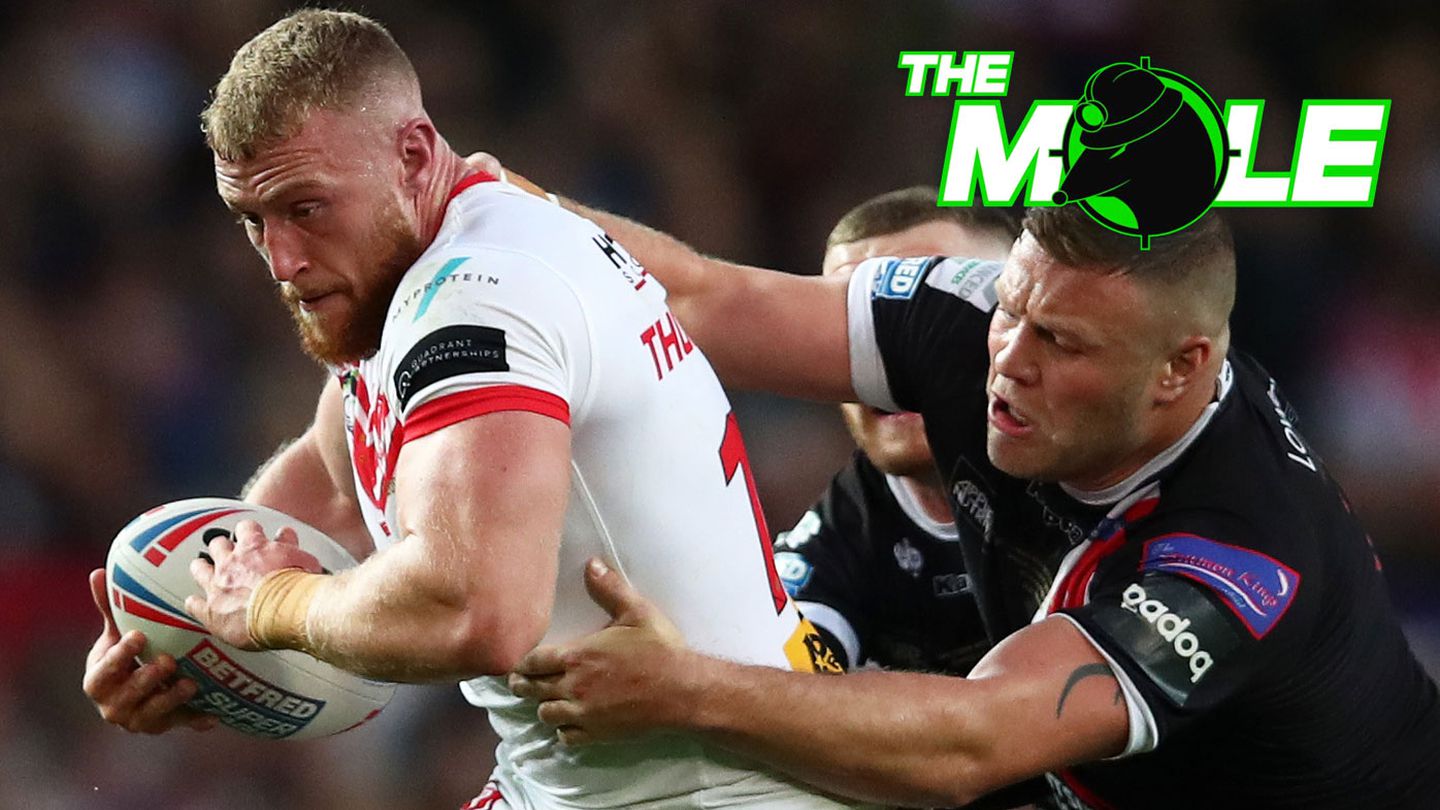 I know nothing about the guy, or if we have tabled an offer, but I will despise him all the same if he wears that awful jersey

Isn't this the guy Andrew Hill went over to see?
B

Moedogg said:
Isn't this the guy Andrew Hill went over to see?
Click to expand...

NRL will let Burgess retire and grant them unfair cap space just as they did with Inglis... We should be able to blow anyone's offer if we really want this guy... Why go play for Souths because Bennett is England coach... Old man hasn't got much left in him

You heard it here first
We are getting Luke Fuckall, mint signing

If the Mole is reporting it then it should give you confidence that he’s not heading to Souths! The bloke hasn’t got a clue.

Disappointing if our ceo has gone there twice and got 0

Souths and the Roosters both make the top 4 and are supposed to be signing every star player off contract? Sounds fair to me...

We all know Greenberg will do anything he can to give Souths all of Burgess' cap space even though all of the peasant clubs would be told to fuck off with the same request.

And Skeletor will always somehow lure every player that's ever played under him back into his web.

The NRL has become the old Scottish Premier League. The Roosters and Souths are Rangers and Celtic and we're Dunfermline or some other minnow trying to compete.

I'd be gutted about this if we don't get him. 100%. Will look like amateurs after doing so much work to get him ...

Will this be a case of us getting beaten on price, and not willing to increase our offer?

What’s next? Medically retire Walker and sign Munster? So much bullshit
B

Slovenia Steve said:
I'd be gutted about this if we don't get him. 100%. Will look like amateurs after doing so much work to get him ...
Click to expand...

Seems Thompson is under contract for another year and the other St Helen's prop we were interested in is in contract for another 3 years so WTF would Hill be going there TWICE for ? Wouldn't you make a phone call first to confirm there was a good chance they could get out of those contracts ?

Has the club confirmed anything about Hill's trips and why? This Thompson rumour might all be similar to the Holbrook fairytale...we weren't even in the market looking.

The grub Burgess rort is a done deal I guess

Maybe he couldn't find him..

Yea indeed. But all we can do is hope they snare a good signing soon. As I said , luck will change. Tides gotta fucking turn at some point..can’t always be low .

Scoooby said:
Yea indeed. But all we can do is hope they snare a good signing soon. As I said , luck will change. Tides gotta fucking turn at some point..can’t always be low .
Click to expand...

Hope is a horrible thing. Having to rely on luck is also horrible. There is one simple way to turn the tides. It's something that we're going to have .