Any one else genuinely with zero fucks given?

Dognacious said:
He will be cutting Grants brake lines or spiking his drinks or something.
Click to expand...

Brandon Smith might be lending Harry Grant his used blender or food processor to make some 'protein' shakes.

GTOWN said:
Grub
But anyway, it’s prob all a rort... don’t sign a contract until the last minute, so instead of a $1m contract, it can be only for 6 months and only cost $500,000 on the cap, with the rest probably already being paid to him via some other means as he currently is not an NRL player
Remember, this flog was up to his eyeballs in the storm cap shitfight
Click to expand...

All makes sense as to why the decision has taken so long. Stay off contract looking at retirement and no rules apply. Probably had something to do with that property purchase late last year in the GC Hinterland.
H

Meninga keeps denying they're trying to sign him, which you can take with a grain of salt. But Brisbane have admitted their interest if he's available, especially with McCullough leaving..

Either way, I feel sorry for a kid like Turpin who'd be thinking all offseason I'm finally going to get my chance to be the full time hooker.. Only for 38 year old Cam to come in last minute and dash his dreams, sending him to Q Cup.. 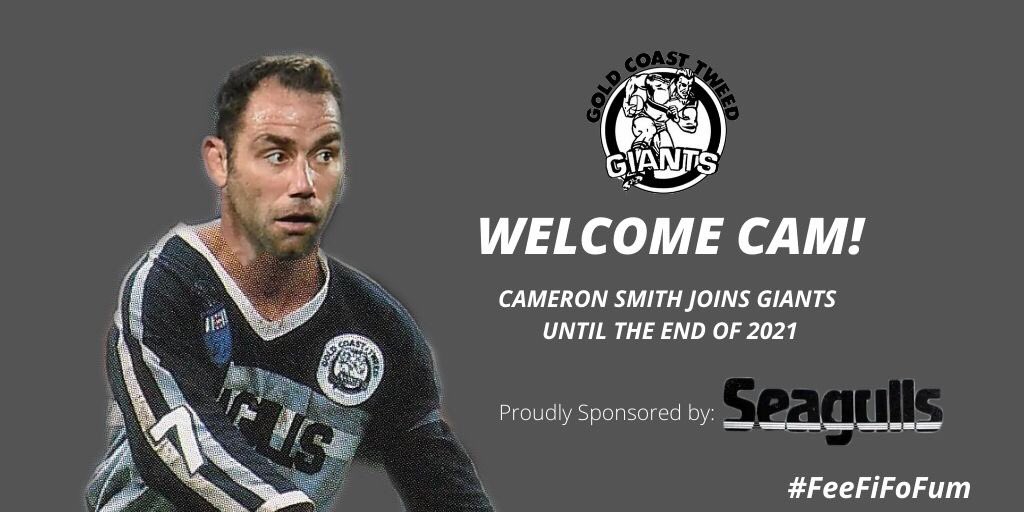 Como Dog said:
All makes sense as to why the decision has taken so long. Stay off contract looking at retirement and no rules apply. Probably had something to do with that property purchase late last year in the GC Hinterland.
Click to expand...

Guaranteed a pay day which benefits the club that signs him. I guess he would still be able to garner third party agreements as well.

Cam if anything knows how to play the game to his advantage. Really I just wish he would ride off into the sunset and not be selfish. With the "two contracts" he garnered at the Storm and his rich paydays surely he has made enough money out of the game to allow a younger bloke to get a go.

dogluva said:
Guaranteed a pay day which benefits the club that signs him. I guess he would still be able to garner third party agreements as well.

Cam if anything knows how to play the game to his advantage. Really I just wish he would ride off into the sunset and not be selfish. With the "two contracts" he garnered at the Storm and his rich paydays surely he has made enough money out of the game to allow a younger bloke to get a go.
Click to expand...

He got halfsies with JT in that Testimonial game too. I think @GTOWN def onto something with that theory

wendog33 said:
He got halfsies with JT in that Testimonial game too. I think @GTOWN def onto something with that theory
Click to expand...

Yes you are right. The game owes him nothing as he has gotten more than his fair share of spoils...

I don’t think the Broncos or Titans could afford him. I think it’s the end of the road for Smith, Who will go down in NRL history as one of the most influential,successful and durable players ever.
He was also a grub and easily the best and most successful cheat the game has ever seen. So would probably be a very successful politician.

So he's got like one more week before the season starts unless he will join a team mid year...?

Can someone please post this article. Want to know what it says haha

The Dogfather said:
Can someone please post this article. Want to know what it says haha
Click to expand...

Brandon Smith motivated by more than money when it comes to contracts
Brandon ‘Hectic Cheese’ Smith is yet to decide where he will play in 2022, but the Melbourne Storm have one big ace up their sleeve.

Storm hooker Brandon Smith admits coach Craig Bellamy’s looming decision on his future will be a ‘huge contributing factor’ in his future plans.
The New Zealand international said on Friday his preference was to stay with Storm, although his future at the NRL powerhouse remains under a cloud.

He said last month he was willing to leave Storm to secure a full-time No. 9 jumper.

Melbourne gave him permission to explore his options elsewhere for 2022, with an early release possible if a player swap lands Storm a suitable replacement.

He has been linked to the Gold Coast Titans among other clubs, but so far Smith remains a Storm player.

“I know what I want to do, which is just to go out and play,” Smith said.

“I guess my manager just wants to make the most money out of me and of course I want to make money as well, but I want to be happy as well.

“I see myself as being a really happy person in a Melbourne Storm jersey, and I see Jahrome Hughes just re-signed for three years and I think he took something like a $200,000 pay cut.

“That’s just a testament to the jersey we wear and how much respect we have for it, and I’ve got a lot of respect for this jersey.

“Regardless of what happens, I really want to be in a Melbourne Storm jersey.”

Bellamy said recently this would be the final year of his remarkable head coaching career ‘at this stage.’

He has coaching director offers from Brisbane and Cronulla, while Storm also wants to retain Bellamy in a similar role if not head coach.

“That (Bellamy’s decision) is going to be a huge contributing factor, to see what he’s going to be doing as coach,” Smith said.

“But he’s a bit like Cameron Smith isn’t he?

“I wondered where Smithy got this thing from, so I think he’ll (Bellamy) just be waiting for the best offer before coming back to the Storm and saying ‘I got this offer.’

Smith will start next Thursday night’s season opener at AAMI Park the No. 9 jersey following the recent knee injury to Harry Grant.

“It’s a position me and Harry have been going for for a while and I got it by default, which is not really how I wanted to get it but I will take it.

“The best thing about it is I get to go and play against the best team in the comp that everyone is rating.

“I watch Fox League all the time and everyone rates them as the team to win the comp with Wayne Bennett, so what better way to test my dummy half craft than against the so-called best team in the comp?”

Storm and Queensland champion Cam Munster has a direct message to those adamant Cam Smith will retire, declaring: “I don’t think he’s done.”

Munster, who has won two grand finals alongside Smith, is steadfast in his belief Smith, despite being aged 37, will pop up this season at either Brisbane or the Gold Coast.

Smith continues to be coy over his footy plans despite the NRL season starting this Thursday night when his former club Melbourne play South Sydney.

“No, I don’t think he’s done,” Munster said. “I think he still has a lot to give in the game, whatever team decides to sign him. At 37, that is still scary to say.

“He is probably still one of the best hookers.

“I know he’s not as quick as Damien Cook or other hookers in the game like Api Koroisau but he still has that aura and can play the game to his speed.

“When you’ve still someone doing that, and winning competitions at 37 … I know a lot of people say he might be done and might as well go out a winner, but if he still feels like has a lot to give to the game, is still enjoying training and working hard with a common goal of winning a comp, I can’t see why he can’t go again.

“To have someone like Cameron Smith in your side, or leading them around and showing them the qualities of a good player, and of a good person off the field, I’m sure the team (that signs him) would blossom.

“It will be good for whatever team gets him. The Broncos have some good young talent coming through, same with the Titans. It wouldn’t surprise to see those two clubs in the eight in the next couple of years.”

Smith has formally left Melbourne Storm. The premiers will play round one without their legendary hooker for the first time since 2002.

“It’s going to be tough for us as a club, no doubt about it,” Munster said. “But we have two quality hookers in Brandon Smith and Harry Grant and I’m sure they will fill the void. I know they have good potential and have both played representative footy.

“I guess the thing we will miss the most is Smithy’s aura and the way he keeps the players calm when he talks. When he talks, everyone listens.

“He has that look in his eye. When you’re putting your jersey on, you’re standing in the sheds and you look over and see Smithy gearing up, you’re know we’re going to win. That’s something we have to get past.

“Smithy is very smart with his decision-making and slowing the game down to his own speed. The game is a lot quicker now so having two young hookers that like to run the ball … and when they do that, the team will be a lot better for it. I reckon those two will be similar to Damien Cook.”

Munster is also desperately hoping head coach Craig Bellamy will remain at the club next season in a director of coaching role. Bellamy is being chased by Brisbane and Cronulla.

“It would be nice for him to stay. Like Smithy, it’s crazy to think he will be at another club,” Munster said. “But never say never. You never thought Cooper (Cronk) would go to another club and he went to the Roosters.

“If ‘Bellyache’ decides to go to another club for his family, then we won’t hold any grudges. He has done so much for this club and the game. He will go down as one of the great coaches.”

Munster enjoyed a glorious 2020 season, guiding Queensland to a shock series win over NSW after propelling Melbourne to a grand final win over Penrith.

Asked how he could top his season, Munster said: “By hopefully going back-to-back. Obviously ‘Bellyache’ (Bellamy) doesn’t like talking about it but if we want to stamp our authority on the game, and be known as a good team, I think it’s something we can do.

“I can’t see why we can’t. The club has never gone back-to-back. They have always won a lot of minor premierships two years in a row but haven’t gone to the big dance twice in a row and won it. But it will take a lot of hard work.”

What seems likely now is there will be a surprise retirement announcement at a storm home game soon.
A

Strong rumours C.Smith will be captain/coach for the Coolangatta Koalas.