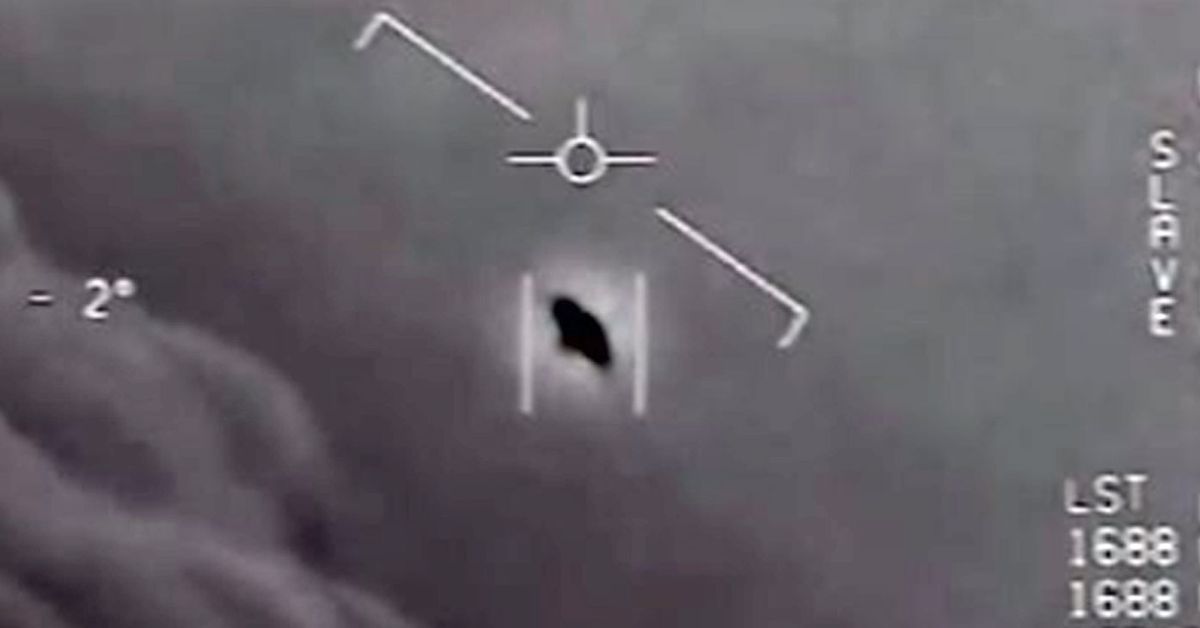 When US President Donald Trump signed the US$2.3 trillion (A$2.9 trillion) coronavirus relief and governmen...

When US President Donald Trump signed the US$2.3 trillion (A$2.9 trillion) coronavirus relief and government funding bill into law in December, so began the 180-day countdown for US intelligence agencies to tell Congress what they know about UFOs.

The director of National Intelligence and the secretary of defence have a little less than six months now to provide the congressional intelligence and armed services committees with an unclassified report about "unidentified aerial phenomena."

It's a stipulation that was tucked into the "committee comment" section of the Intelligence Authorisation Act for Fiscal Year 2021, which was contained in the massive spending bill.

That report must contain detailed analyses of UFO data and intelligence collected by the Office of Naval Intelligence, the Unidentified Aerial

Phenomena Task Force and the FBI, according to the Senate intelligence committee's directive.

It should also describe in detail "an interagency process for ensuring timely data collection and centralised analysis of all unidentified aerial phenomena reporting for the Federal Government" and designate an official responsible for that process.

Finally, the report should identify any potential national security threats posed by UFOs and assess whether any of the nation's adversaries could be behind such activity, the committee said.


Putting this report release on the calendar, should be a good read.

A Queensland company that has developed technology to keep milk fresh for 60 days says the product is almost ready for consumers.

The founder of a Queensland food technology company that has invented a process to keep natural milk fresh for 60 days expects consumers will be drinking the product by March.

Naturo CEO Jeff Hastings said the project was in its final stages of development, and $1 million in federal government funding announced on Friday would allow it to finalise and "validate the technology".

The Federal Government hopes the innovation will provide easier access to fresh milk for consumers across the country, and eventually the world.

The Queensland Dairy Farmers organisation said farmers would welcome the innovation if it supported the local industry. 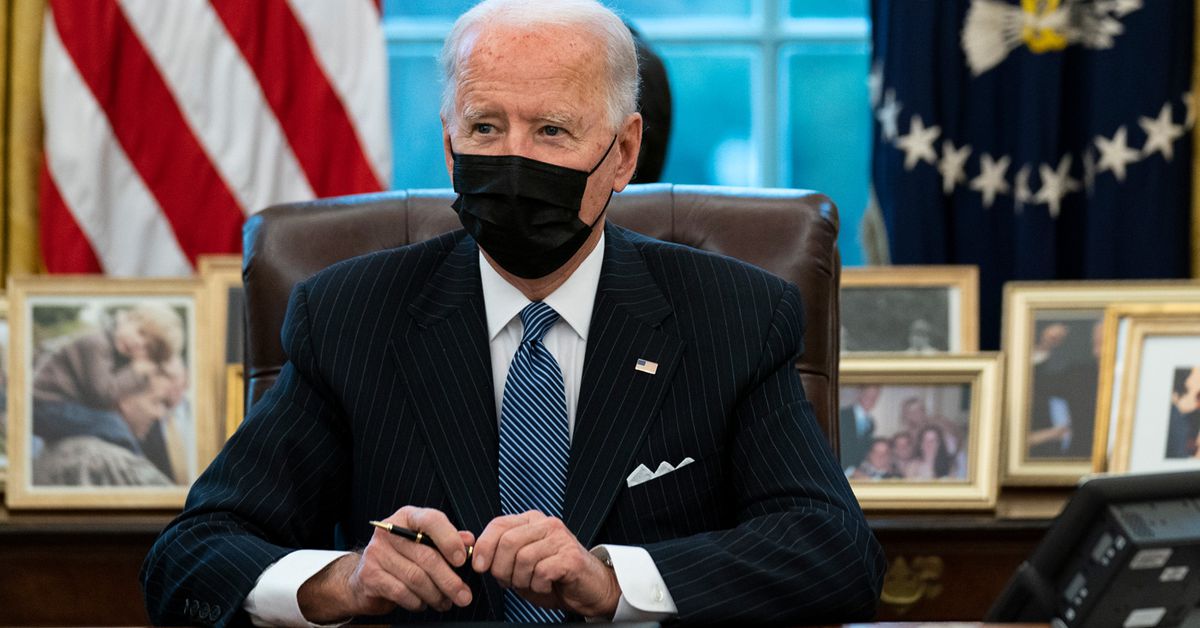 The day after the inauguration of President Joe Biden and Vice President Kamala Harris, the Washington Post reported on the aesthetics of the newly-redecorated Oval Office.

Among all sorts of noteworthy items, a moon rock was found to be sitting on a bookshelf. 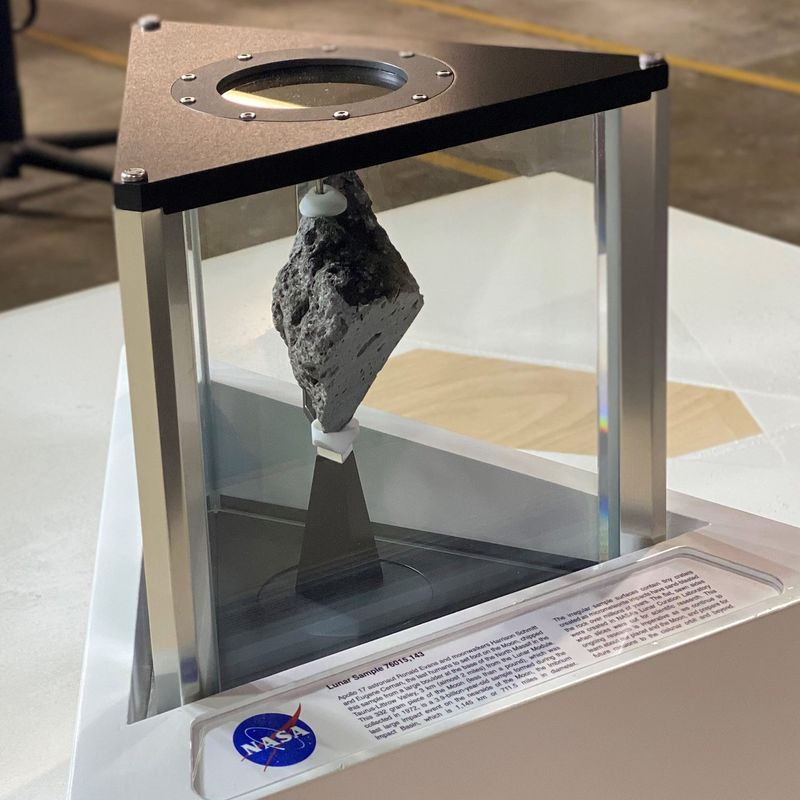 Social media rejoiced at the sight, an indubitably cool artifact to find inside the White House.

But what many didn't know was that this rock, dubbed Lunar Sample 76015,143, had been on an Odyssean journey to get there, one 3.9 billion years in the making.

The current thinking is that 4.5 billion years ago, a protoplanet the size of Mars slammed into a magma ocean-covered Earth.

Debris from the baby planet and the spaceborne projectile was sent into orbit, eventually clumping together to make the moon.
The solar system was a bit like the inside of a pinball machine back then, with countless would-be worlds crashing into each other.

Like the adolescent Earth, the youthful moon was a target too, with several enormous impacts carving out ginormous basins on its surface.

And around 600 million years after it was formed, the moon rendezvoused with a rock the size of New Jersey, weighing about 25,000 trillion tons and moving at a speed of around 83,000km/h.

This interloping giant rock, which hit the moon at an inclined angle, disintegrated upon impact, sending boulders shooting across the lunar surface, cutting deep, long grooves into the crust as if it were attacked by a cosmic, clawed beast.

The impact would have been way more powerful than a gargantuan volcanic explosion like Mount St Helens, which itself had unleashed more energy than the sum total of all the explosives used during World War II, including the two nuclear bombs.

The rock carved out a circular chasm some 1142 kilometres across.

For the sake of comparison, the asteroid that careened into earth 66 million years ago and heralded the end of the age of the dinosaurs excavated a pit a mere 177 kilometres in diameter.

And as lava lapped at the shores of this magnificent desolation, a curious rock sat nearby: a mangled amalgam of crushed sediment and once-molten matter, a product of the ferocity of that ancient, colossal impact.

For what seemed like an eternity, that rock sat silently on the moon, hit by the occasional micrometeorite.

And 3.9 billion years after it was formed, in the twilight days of 1972, two visitors from another world, Apollo 17 astronauts Eugene Cernan and Harrison Schmitt - Mr Schmitt was the first and only geologist sent to the moon - saw it glinting in starlight.

The last two people to set foot on the moon carved off a chunk and brought a sample back home.

The inadvertent discovery of sea life on a boulder beneath an Antarctic ice shelf challenges our understanding of how organisms can live in environments far from sunlight, according to a team of biologists.

James Smith and Paul Anker at the British Antarctic Survey drilled through the 900-metre-thick Filchner-Ronne ice shelf and dropped a camera down the hole in search of mud on the seabed. To their surprise, it revealed a boulder ringed by animals. Footage appears to show 16 sponges, accompanied by 22 unidentified animals that could include barnacles. It is the first time that immobile life like these creatures has been found beneath an Antarctic ice sheet.

“There’s all sorts of reasons they shouldn’t be there,” says Huw Griffiths at the British Antarctic Survey, who analysed the footage. He thinks the animals, which are probably filter feeders, survive on nutrients carried in the -2°C water. The conundrum is that they are so far from obvious nutrient sources, given that the boulder is located 260 kilometres from the open water at the front of the Filchner-Ronne ice shelf where photosynthetic organisms can survive.

What’s more, the sponges’ food is probably travelling from even further afield, says Griffiths. Given what we know about the ocean currents in the area, the nearest up-current source of sunlight appears to be 600 kilometres away.

NASA's Perseverance rover is different to any mission that's landed on Mars. Here's why - ABC News

NASA's latest rover is now just days away from a daring landing on Mars.

Hurtling towards the planet at supersonic speeds, Perseverance will attempt to land about 8:55am (AEDT) on Friday morning.

If it succeeds, it will become the fifth rover NASA has landed since Sojourner, the first robot to trundle across the surface of another planet in 1997.

The size of a SUV and weighing around a tonne, Perseverance is the biggest, heaviest and fastest rover NASA has sent to Mars.

If you think it looks very similar to Curiosity, the last rover NASA landed on Mars in 2012, you would be right.

Much of the design — and the spare parts that make up the new rover — come from Curiosity.

And like Curiosity, Perseverance will descend towards the Red Planet in a nail-biting series of carefully choreographed steps dubbed the "seven minutes of terror".

But that is where the similarities between Perseverance and any mission before it end, says David Flannery, astrobiologist and Mars 2020 mission planner based at the Queensland University of Technology.


With a completely new suite of seven instruments on board, it could not only help answer one of the most fundamental questions about life in the universe, it could also change the face of space exploration for decades to come.

This is what sets this mission apart.

It will search for evidence of ancient life

Perseverance is the first rover with tools that can specifically hunt for signs of microbial life that may have inhabited Mars when it was covered in lakes and oceans billions of years ago.

"No mission has ever been given the mandate to look for evidence of past life," said Abigail Allwood, an Australian geologist at NASA who is charge of PIXL, one of the key instruments onboard.

Live stream of Perseverance landing this morning 7:55am AEDT -

NASA landed a new robotic rover on Mars on Thursday, its most ambitious effort in decades to directly study whether there was ever life on the red planet.

I’m safe on Mars. Perseverance will get you anywhere.

While the agency has landed other missions on Mars, the $2.7 billion robotic explorer named Perseverance carries a sophisticated set of scientific tools that will bring advanced capabilities to the search for life beyond our planet.

Perseverance was the third robotic visitor from Earth to arrive at the red planet this month. Last week, two other spacecraft, Hope from the United Arab Emirates and Tianwen-1 from China, entered orbit around Mars.

But NASA’s spacecraft did not go into orbit first. Instead it zipped along a direct path to the surface.

At 3:48 p.m. Eastern time, controllers at the mission operations center at NASA’s Jet Propulsion Laboratory near Pasadena, Calif., received word from Perseverance that it had entered the top of the Martian atmosphere at a speed of more than 12,000 miles per hour. The spacecraft was beginning the landing maneuvers that would bring it to a soft stop in just seven anxiety-drenched minutes.

First Pics from the rover 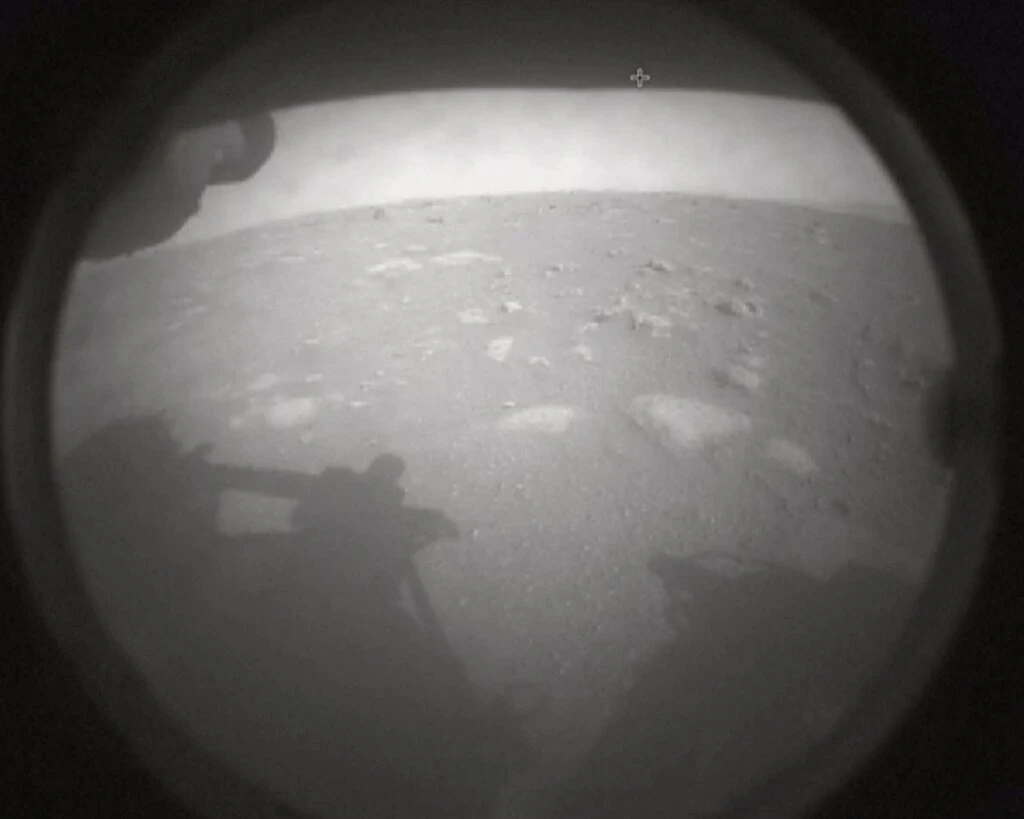 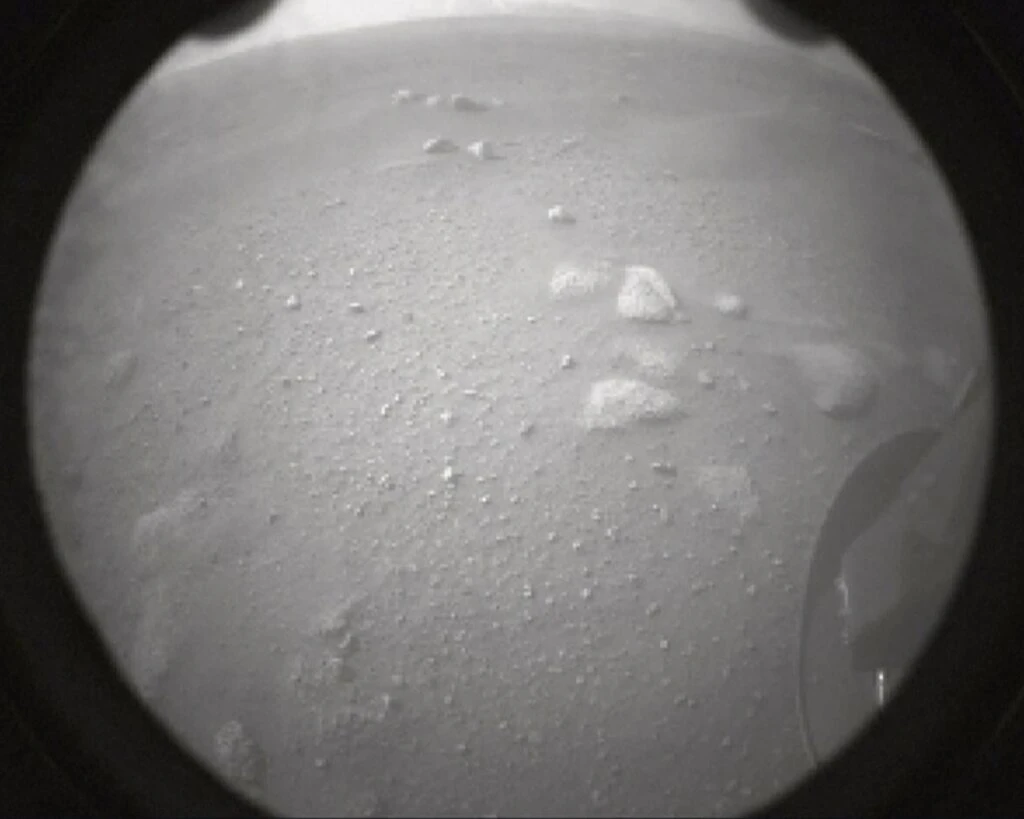 All that anyone on Earth could do was watch and hope that Perseverance performed as designed. At Mars, the fate of the rover was already determined.

Mars is currently 126 million miles from Earth. Radio signals, traveling at the speed of light, take more than 11 minutes to travel from there to here. That means that when the message announcing the start of the landing sequence reached Earth, the rover had already been on Mars for four minutes. The only uncertainty was whether it was safe there in one piece, or crashed into many pieces, another human-made crater on the surface of Mars.

The atmosphere of NASA’s operations center — more sparsely filled than previous Mars landings because of precautions required by the coronavirus pandemic — was pensively quiet, broken by applause as specific events unfolded without problem.

There were periodic announcements of the spacecraft’s progress through the atmosphere, : the deceleration and heating as it sliced through the thin Martian air, the deployment of a huge parachute even as it was still supersonic in speed, the shedding of the rover’s heat shield so that its cameras could navigate to its destination, the firing of rocket engines to further slow its descent.

In the final step, the rover was lowered at the end of a cable beneath a rocket-powered jetpack until it touched the surface.

NASA's Perseverance rover has recorded what it is like to land on another planet in stunning videos and images for the first time.