It’s Sydney’s biggest and best nursery for our next generation of NRL stars.
And today the coach who has masterminded Westfields Sports High’s rugby league program for the past 17 years has provided a rare insight into what makes this public school at Fairfield West so hugely successful.

From superstars Jarryd Hayne and Israel Folau to Issac Luke, Luke O’Donnell, Trent Hodkinson and David Klemmer, the list of NRL graduates is as illustrious as it is long.

And it is now reaching almost phenomenal proportions, with some of the more recent young guns including Tommy Talau, Jason Saab, Sione Katoa, Brandon Wakeham and Jake Averillo, to name just a handful.

Throw in some of the most talked about teenagers currently on NRL development contracts, including Manly’s super talent Josh Schuster and the boom young forward Sione Fainu, and there’s no denying Westfields is schoolboy rugby league’s new benchmark.

Having won three of the past four NSW titles, Westfields also bowled over that star-studded Keebra Park team a few years back, that included Payne Haas and David Fifita, to be crowned national champs.

And ahead of the new schoolboy season that kicks off on August 12, coach Wayne Lambkin has also opened up about the stars of tomorrow who will have NRL clubs jumping over themselves for years to come. 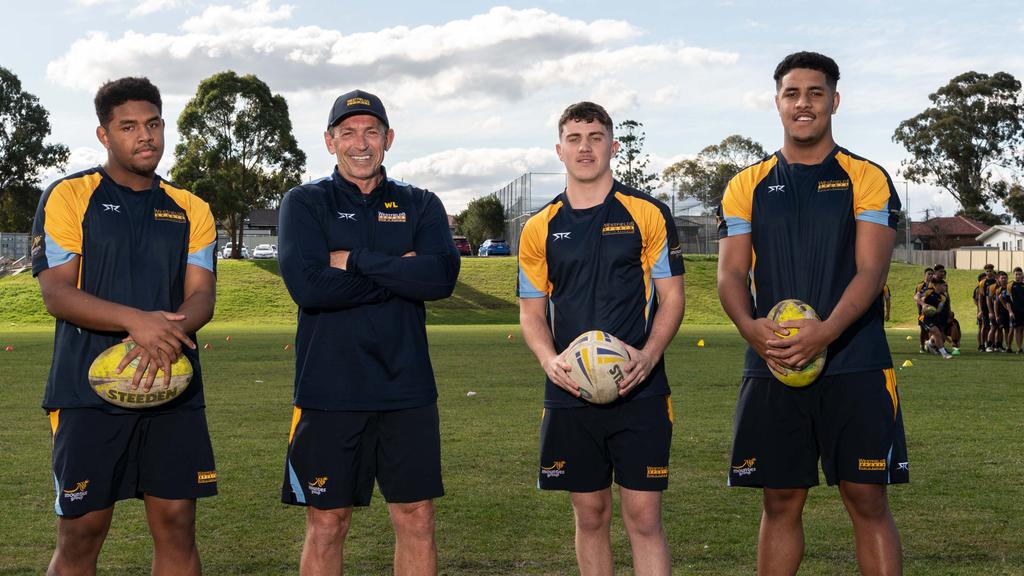 You might want to write down these names because they would already be in the sights of every NRL talent scout.

Joseph O’Neill is a five-eighth on the books at Canterbury, and by Lambkin’s estimations a very rare talent. Now in his third year in the open team, the coach explained what makes O’Neill so special goes beyond athletic gifts.

“Joseph started in our open team at 16 and over the last 18 months has just improved out of sight,” Lambkin said.

“He is just a scholar of the game, and you wouldn’t meet a nicer kid. It’s not only his footy, he is so modest. You wouldn’t know he is as talented as what he is.” 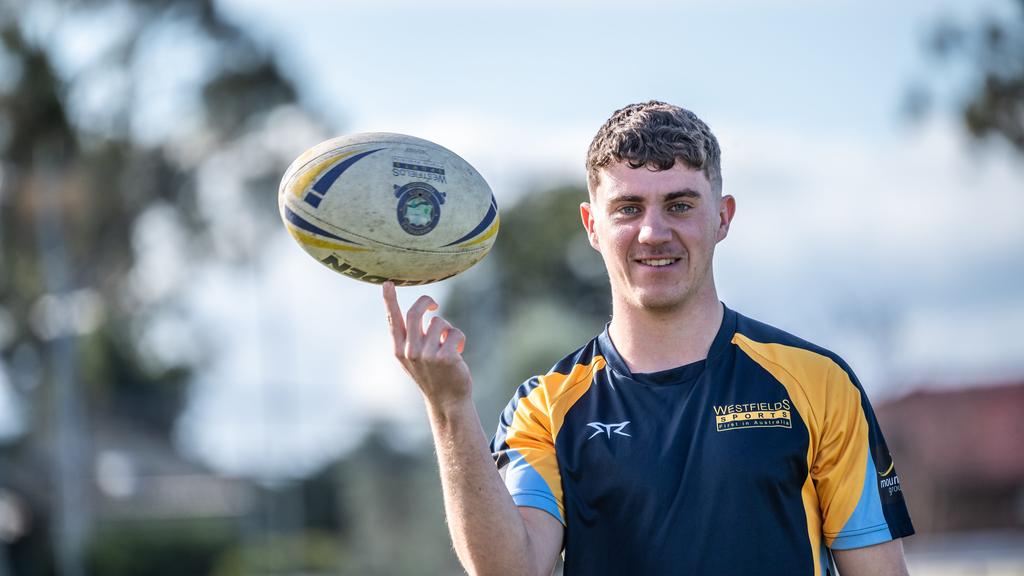 Joseph O'Neill is on the books at Canterbury. Picture: Monique Harmer

He then picks out two towering brothers, Apisalome and Solomone Saukuru. Both stand about 193cm, and while they play front or backrow in the Bulldogs’ junior reps, at Westfields Lambkin plays Solomone at fullback or centre.

“I keep saying to him, ‘while you can play fullback and centre, why would you want to put your head in the forward pack?’”

“Dynamic out of dummy half,” Lambkin said.

“He is Api Koroisau, could even been a little bit quicker.” 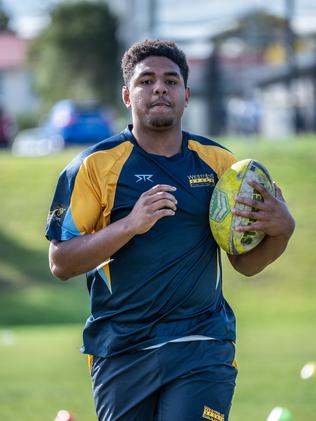 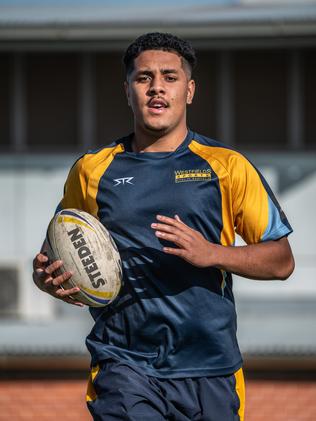 Every kid from Year 7 to 12, Lambkin knows their background, and more importantly what makes them tick.

There’s about 100 kids who try out for a spot in Westfields’ rugby league squads for every age every year, and of those only 20 can make each team. Which is why no one gets a free ride.

“No one gets scholarships here, the school is deadset against it,” Lambkin said.

“It sometimes goes against us because you’ve got Blacktown Pats and Fairfield Pats and the Catholic schools that do (give scholarships) … But they have always stuck solid here. It is a public high school and everything has to be above board, so we work with that.

“And we build our strength through coaching and having the discipline around them off the field.”
Last edited: Jul 31, 2020

An interesting article about some Bulldogs juniors coming through the system at Westfields Sports High.

Thanks, it was very interesting reading about subscription options for the Telegraph.

Book said:
Thanks, it was very interesting reading about subscription options for the Telegraph.
Click to expand...

oops! Did this on my phone, will try to get the article up.

My boy is a future Bulldog. I already know I want him at WSH.

First Assyrian, Iraqi and Russian in the game lol

With that bloodline, you now know why he loves watching clips of O'Meley lol Pure animal
S

honestly no where did I say it was rigged, honestly I didn’t

stingray said:
Notice how many saukurus in the junioir bulldogs?

honestly no where did I say it was rigged, honestly I didn’t
Click to expand...

There is politics from Under 6s to the top my bro. Having been a coach and VP of a juniors club opens your eyes to it.

Wayne Lambkin coached the lower grades at the dogs I think.

Lomi looks big as ... Solo looks like latrell clone with mongrel the talent isn't far away

Isn't fairfield part of clubs area/reach? Surely we need to chuck some money into that school to get some first rights lol
D

Westfields is selective high school - they get first pick of the high quality sports kids from primary schools - drains the talent from other schools in the area and beyond. Lot of the talent is also picked off by private catholic n independent schools.
The politics in selection of rep squads has always been in the game - i was involved in jun rep teams from the late 80s through the 90s - making state and national age teams is not a good indicator of future success.

I remember seeing highlights of Joseph O’Neill - he looks the goods. Out of Avo, BBO, O'Neil, Wakeham and Burton you'd think we'd find our 2 long term halves for the next decade.
F

stingray said:
Notice how many saukurus in the junioir bulldogs?

honestly no where did I say it was rigged, honestly I didn’t
Click to expand...