"At that meeting, Trent Robinson told Latrell Mitchell, the Roosters' offer for 2020 has been withdrawn. The $800,000 offer has been taken away. 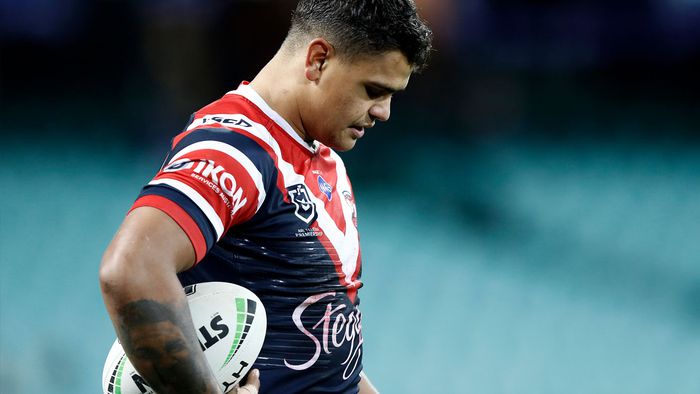 "It's a strong stance by the Roosters. Latrell Mitchell now will probably have to look toward the Bulldogs.

"He isn't off contract for another season so the Roosters may make another play for him down the track. But right now that offer is off the table."

The Roosters confirmed the move in a statement released on Tuesday afternoon.

"The Sydney Roosters have today advised the management of Latrell Mitchell that the Club's offer for 2021 and beyond has been withdrawn following discussions with Latrell today," the statement read. 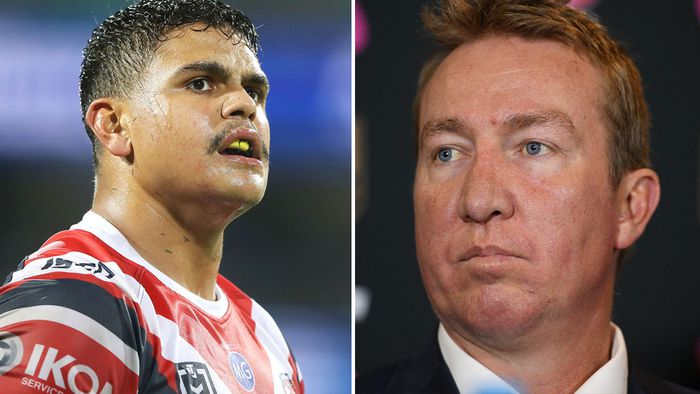 Latrell Mitchell and coach Trent Robinson (AAP)
"Latrell has expressed that he would like to explore his options for season 2021, however he remains under contract with the Roosters for season 2020. "

Holding on to Mitchell has proven a difficult task for the Roosters who failed to re-sign the two-time premiership winner ahead of the November 1 deadline, allowing him to shop his worth on the open market.

Reports of messy negotiations due to the fact that Mitchell's self-evaluation of his value is considerably higher than what the Roosters have so far been prepared to offer him, opened the door for rival clubs to swoop, most notably the Canterbury Bulldogs.

Latrell Mitchell (Getty)
However, on Tuesday, Wide World of Sports reported that the Bulldogs had dropped off their chase for Latrell Mitchell, leaving the enigmatic centre's future in limbo.

It now appears his current club have done the same with the back-to-back premiers playing hard-ball with their ethereal talent.

According to Weidler, Mitchell was reportedly left "insulted" by the Roosters' offer of $800,000 a season as the club looked to reach a conclusion to the ongoing saga this week.

Mitchell was also reportedly left miffed at the Roosters after feeling that he didn't receive the praise that teammates James Tedesco and Luke Keary had heaped on them after their recent premiership title.

Despite Mitchell's long-standing history with the Roosters, who developed him from the age of 16 when he relocated from Taree to Sydney, cracks began to appear in the relationship at various stages this year.

In May, reports emerged the Roosters were aware there had been people in Mitchell's ear suggesting a move to the Rabbitohs would be the right fit for him in the wake of Greg Inglis' shock retirement.

An alleged altercation between Mitchell and members of the public in a pub on NSW's mid-north coast placed added strain on the relationship.

There a thread already about this