Knights coach it was....

Lmao O Brien
**** is a glorified assistant coach
Either brought the Rooster culture with him, or learned well from Pearce

Sorry I don't have a subscription

Newcastle Knights coach Adam O’Brien involved in race day altercation with drunken punter
The NRL’s latest soap opera — Adam O’Brien’s run-in with a drunken punter at the races — isn’t all it’s been made out to be, PAUL KENT reveals.


You would have to take short money to land the bet that, of all the NRL coaches to be involved in a stink at the races, the culprit would be a publican’s son.
Newcastle Knights coach Adam O’Brien grew up in his old man’s pub on the south coast, the Bayview Hotel at Batemans Bay, where he got close enough, often enough, to men behaving badly that he knows what it looks like and, as equally important, how to avoid it.
That’s the trick the good publicans don’t tell the bad ones, a little subtlety that is also often missed by security guards before they graduate from Charm School.
The good ones like Mick O’Brien could always escort a troublesome drunk out the door while making them believe it was their idea to flee the joint. 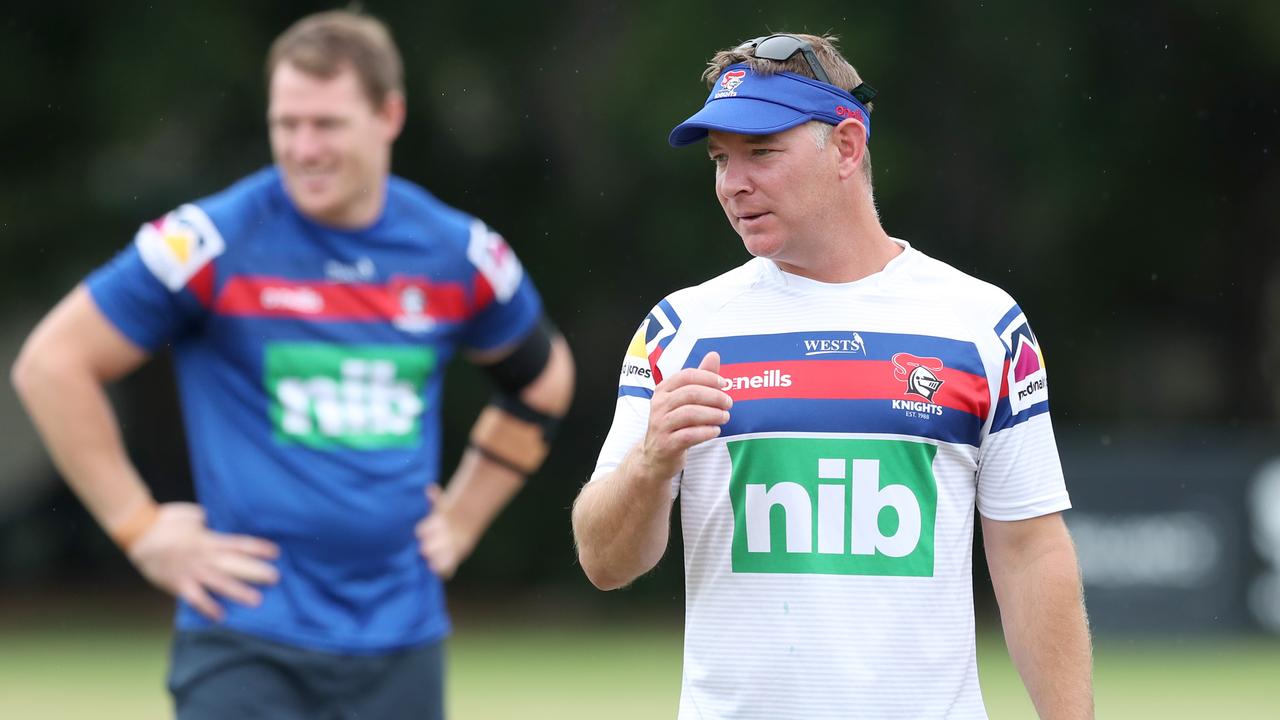 It is a profitable part of the pub game.
So, also, is knowing when a line has been crossed. Mick O’Brien always knew when that point had come, too.
His young bloke Adam put himself into the storyline of the soap opera that is rugby league when it went around on Monday that an unnamed coach was involved in a bathroom scuffle at the races a couple of Saturdays ago.
The version that was trotted around belonged entirely to the security guard involved, with O’Brien going down 40-0.
It went that a man accidentally bumped into O’Brien who, because he had lost on the punt and had had too many beers, began screaming obscenities at the patron and wanted to put on a stink, even after he had apologised. 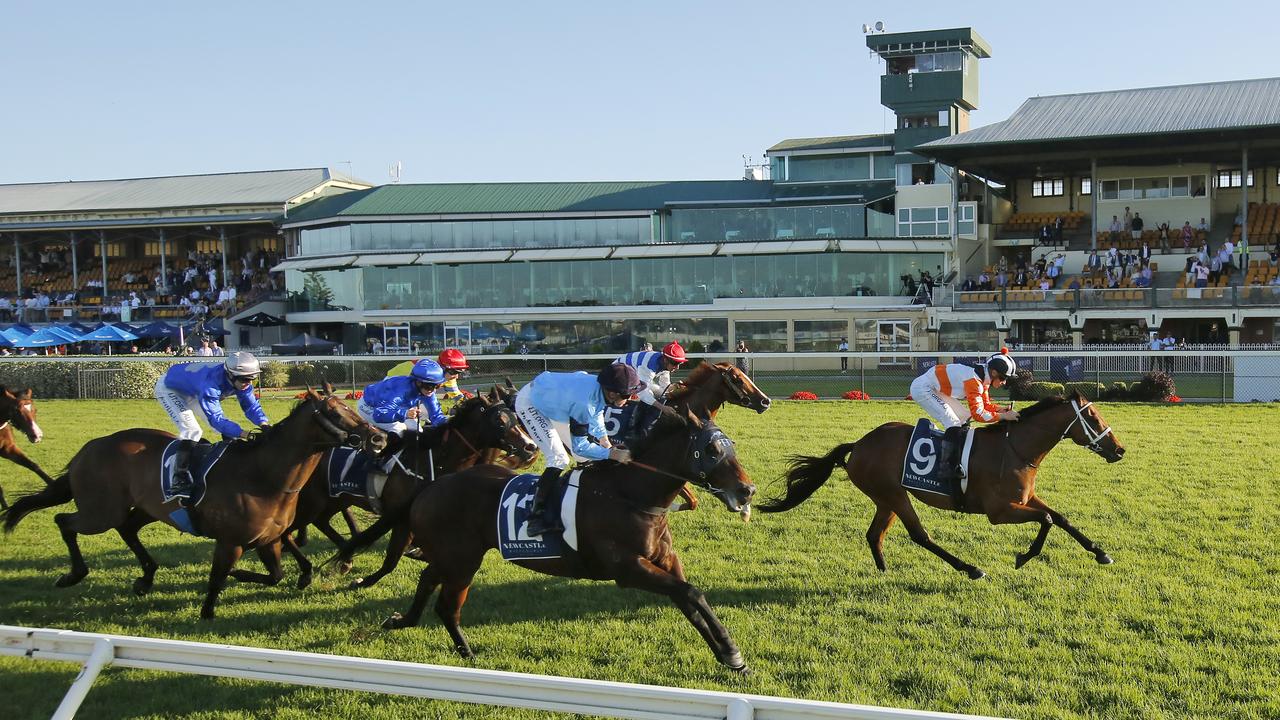 According to the security guard O’Brien even demanded, “Don’t you know who I am?”, a charge impossible to recover from.
Not a line commonly heard in pubs, mind you, but there it was.
The incident quickly sparked the usual conspiracy theories.
Firstly that the Knights were sweeping it under their ever-bulging rug, another incident at a club in free fall.
The thought then progressed to why coaches aren’t subject to the same rules of behaviour as players, who could be subject to an NRL investigation.
The answer to that is they are.
The Knights reject any claim of a cover-up, saying they merely thought so little of the incident they did not believe it was one worth reporting.
Like usually happens, though, the genie can’t be put back in the bottle.
Knights sources say O’Brien has heavily denied demanding: “Don’t you know who I am?”

The Knights thought so little of the O’Brien incident, they didn’t bother reporting it. Picture: AAP Image/Darren Pateman

Also, the scuffle got only as physical as the initial incident at the door, nothing like what was being said on that fountain of truth, social media.
O’Brien has admitted fronting the bloke. That’s when the security guard walked in.
Still, O’Brien has to live with the half-truth version.
O’Brien was in an upstairs room when the Newcastle meeting got abandoned because of poor visibility.
It was a mercy ruling for most, happy to get out while they still had cab fare home.
Along with his several other Knights staff, O’Brien moved downstairs to another bar and stopped for one more on the way through.
Later, O’Brien was leaving the bathroom when he opened the door and stepped back to let in a couple of blokes coming the other way. Even though the Newcastle meeting was abandoned, they were still racing around the country and so, as usual, one direction is always in more of a hurry than the other at the races.
As the man whacked him in the belly on the way through and O’Brien stepped back with a choice to make. 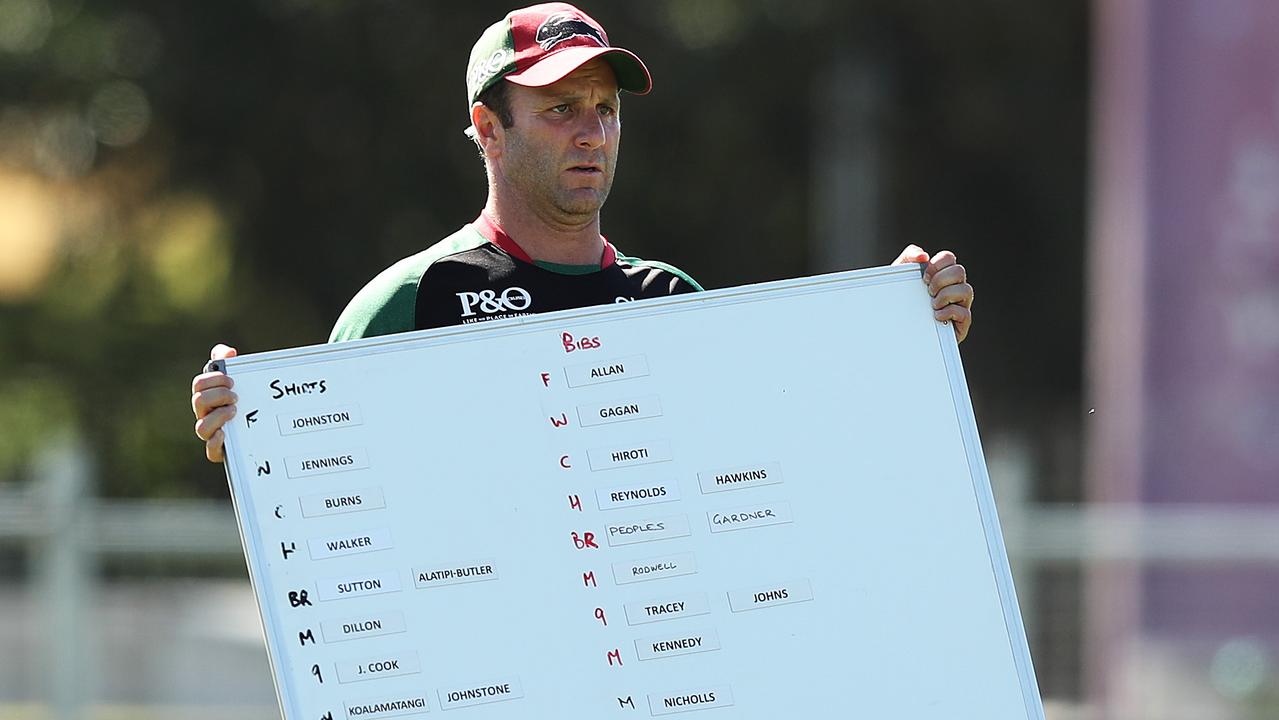 Willie Peters also had a run-in with the punter. Picture: Brett Costello

Was it an accident? Was it meant to be a friendly how-you-going to the Knights coach?
It’s hard to tell.
If O’Brien had been an anonymous drinker at a Batemans Bay hotel there would have been only one reaction but then, if that were the case, would he have got whacked in the first place?
It is worth noting that this was not the first encounter the Knights had with the man.
Half an hour earlier, assistant coach Willie Peters headed to the tote to place a bet and was met with the timely classic, from the same bloke, “Who the f… are you?”
If he didn’t know he wouldn’t have asked, but such is the logic of the drunk punter.
Peters said nothing but remembered the face.
When O’Brien left the bathroom he grabbed Peters and the rest of his crew and told them they were gone.
As they walked out a woman stopped O’Brien for a photo.
“I don’t give a f … who you are,” yelled the man from the side.

Who wants their taint tickled?

CroydonDog said:
Sorry I don't have a subscription
Click to expand...

There is a chrome extension called bypass paywalls. It is fucking awesome.


PS If I had seen O'Brien I would have legit had no fkn idea who he was. Even when someone said O'Brien I didn't even know what team he coached.

Love how **** goes into bat for O’Brien I’m sure he would have been just as fair had it been Tbaz.

the Knights' off field culture remains strong, I see

It’s not our coach so that’s all the matters. So zero fucks given...

But bad luck to whomever it may be.

CroydonDog said:
Sorry I don't have a subscription
Click to expand...

Kent and his bedtime story article

Shouldn't it read "Drunken coach in altercation with a punter at the races"?

Thankfully, it's not us involved.

Vlasnik said:
I heard it was Robinson selling hand jobs and blowies in the men's toilets.....he was upset that there were no takers.
Click to expand...

Even capewell denied him!

liljohny said:
Even capewell denied him!
Click to expand...

Yes I believe it was a hard pass!

Cujo said:
Yes I believe it was a hard pass!
Click to expand...