Former Canterbury hooker Michael Lichaa is juggling work as a foreman with pre-season training as he fights to keep his faltering NRL career alive.

The 26-year-old is without a club this season after the Bulldogs opted not to re-sign him following five years at Belmore.

Despite some preliminary interest from the Wests Tigers and Manly, both clubs have gone in different directions. 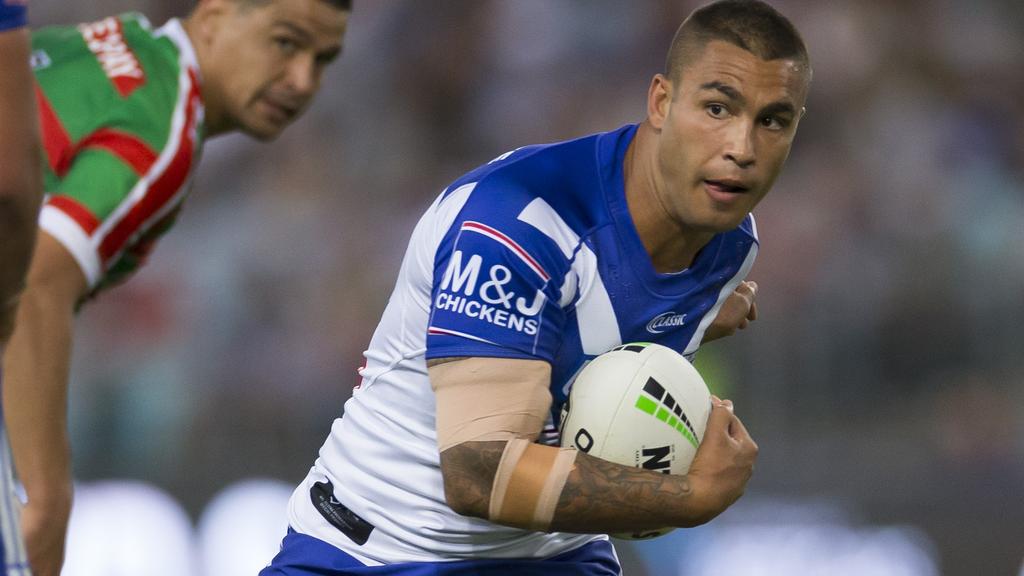 Lichaa believes he still has plenty to give. Photo: AAP Image/Craig Golding
Sea Eagles coach Des Hasler signed Danny Levi from Newcastle as a replacement for Manase Fainu. Fainu pleaded not guilty to stabbing a man during a brawl in November and was banned from taking the field under the NRL’s no-fault stand down policy.

Tigers coach Michael Maguire is now likely to start Moses Mbye in the No.9 jumper this year rather than play a specialist hooker.

But Lichaa, who believes his best football is still ahead of him, is hopeful of landing a contract before the start of the season and has been completing his own fitness regimen in preparation since October.

“I’ve been training every day doing my own stuff to stay fit either in the morning before work or in the afternoon once I finish from work. So that has been going well,” Lichaa said.

“It’s been good for me not only just for footy. But obviously this is time you would normally be in the thick of pre-season, where players would be working on their fitness so I have been doing it anyway in my own time. I’m actually back to my playing weight now and I’m feeling healthy.” 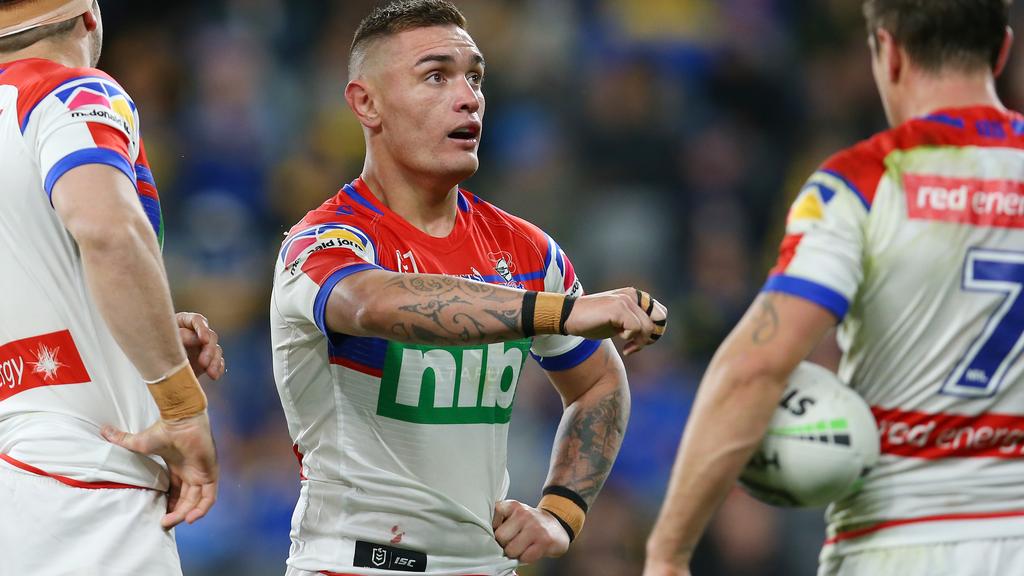 Danny Levi has found an opportunity at Manly. Photo: Jason McCawley/Getty Images
Not only has Lichaa been training on his own, he rejoined the workforce full-time only three weeks after last season ended.

The Cronulla Sharks junior is a qualified carpenter and is putting his interest in the building industry to good use.

“I’m not on the tools, I’d be stressed out if I was out there digging holes. But I am a carpenter and I actually got my qualification before I started playing first grade footy. I have a foreman type role for Introbuild. I visit all our sites and make sure the tradies and the labourers are doing OK, doing some invoicing and budgeting. I actually really enjoy it,” Lichaa said. 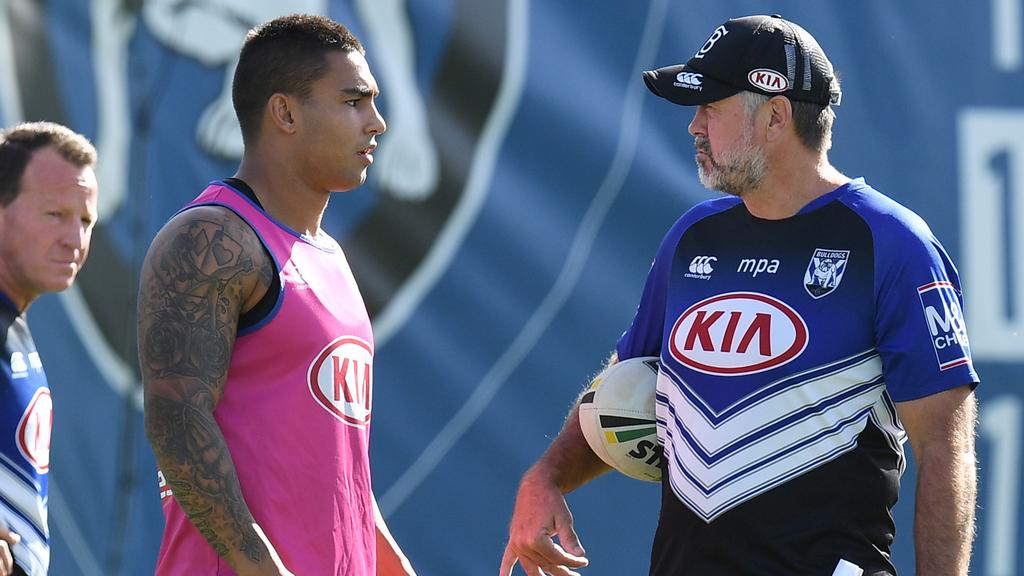 It appears Dean Pay wasn’t convinced by Lichaa’s value. Photo: AAP Image/Dean Lewins
In 2017, the Bulldogs farewelled Lichaa at their final home game before then incoming coach Dean Pay handed him a lifeline and re-signed the rake on a two-year deal until the end of season 2019. This time, Pay decided to let Lichaa walk away after 98 games at the club. But Lichaa is philosophical about the situation he is in at the moment.

“I love playing football … if it comes, it comes. I’m not going to kick stones about it. I feel lucky that I have a trade behind me and I’ve been able to find a job straight away. So I can’t complain, that’s life and there are so many people out there at the moment who are worse off than me and I’m grateful for everything I have. I have a good life and I can’t complain,” Lichaa said. 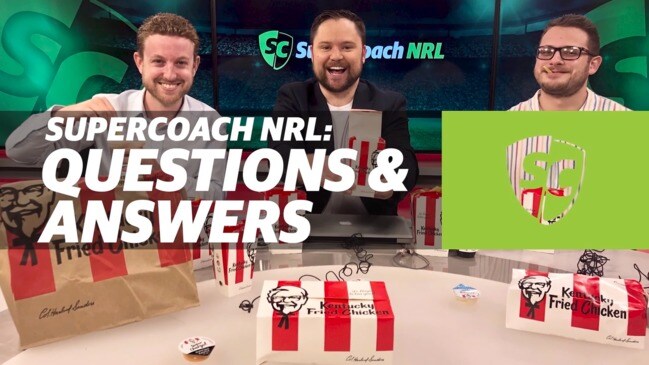 Highlights of the best questions and answers from the first podcast of 2020.

In other signing news, the Bulldogs have emerged as frontrunners to land Luke Thompson. The Englishman was on the radar of 11 NRL clubs for the 2021 season.

Coach Pay has added Melbourne forward Joe Stimson, South Sydney utility Dean Britt and Penrith hooker Sione Katoa to his 2020 roster as the club rebuilds in the aftermath of its salary cap mess under previous management.
B

Good luck to the kid but stay away from the dogs.
S

It's no coincidence that the terrible boring years from 2015 to 2019 were when this guy was at number 9. I started following the dogs since Jason Hethrington was hooker and I believe Lichaa is easily the worst hooker I've seen in a dogs Jersey.....

Maybe he should go to ESL and hook up with Rhyse Martin. I don't see him getting a first grade run anywhere in the NRL.

Moedogg said:
It's no coincidence that the terrible boring years from 2015 to 2019 were when this guy was at number 9. I started following the dogs since Jason Hethrington was hooker and I believe Lichaa is easily the worst hooker I've seen in a dogs Jersey.....
Click to expand...

I noticed some improvement in the side when JMK was on and when Liccha was off. Hope JMK continues to grow as a hooker.
B

He should sign with Des at Manly... they need him there...

Cant even put the tool belt on LAZY

I thought write offs weren’t supposed to be rebuilt lmao

Feel a bit sorry for the bloke TBH.

He came into our club, with expectations high for what he could do and achieve.

Des gets a hold of him for 3 years - forbids him to play his own game. He lost his craft, and that was clear to see (save for a few moments of brilliance at the back end of 17). Still do not want him near our club, but I hope he gets something.
Last edited: Jan 23, 2020

Thought he would be rated higher than Levi, should find a feeder club and stay in contention somewhere at least.
S

Who wants their taint tickled?

The only good pass he made was to his missus.

Dawain87 said:
The only good pass he made was to his missus.
Click to expand...

She probably complains of slow service..

Time for him to focus on the next chapter of his life, played over 100 NRL games and made some decent coin so he can hold his head up high.

Moedogg said:
Because of the last 3 NRL games of 2017...... He deliberately went against the game plan and ran the ball...
Click to expand...

then he realised that hasler was correct after all and stopped running it again? or did pay also tell him to not run the ball?
You must log in or register to reply here.
Share:
Twitter Reddit Pinterest Tumblr WhatsApp Email Link
Top