What are your celebrity interactions. Need name of celebrity, what was said, what was situation etc..

A girl I know took a holiday to Hawaii (about 15 years ago). She was with her boyfriend but she went out to the beach alone. She said Steven Seagal was on the beach and come over to chat with her. She said he was really friendly and suggested they meet up later.

She told her boyfriend that he would have to take on Steven Seagal that night as he wanted to meet up with her..

I was at MGM Grand casino and bumped into Rob Schneider. I turned round and said "ha it's deuce Bigalow"... Everyone laughed.. it was him too. He was tiny like a midget.
Last edited: Feb 1, 2021
M

Bumped into Jack Black at Universal Studios in Dec 2017. Here’s a transcript of our conversation.

I was walking back to the office in the city one day when I used to work near Circular Quay and I walked right past a big black dude. The guy looked like he had soccer balls stitched under his biceps, they were that huge. It wasn't until the following day that I realised Ronnie Coleman was in town. 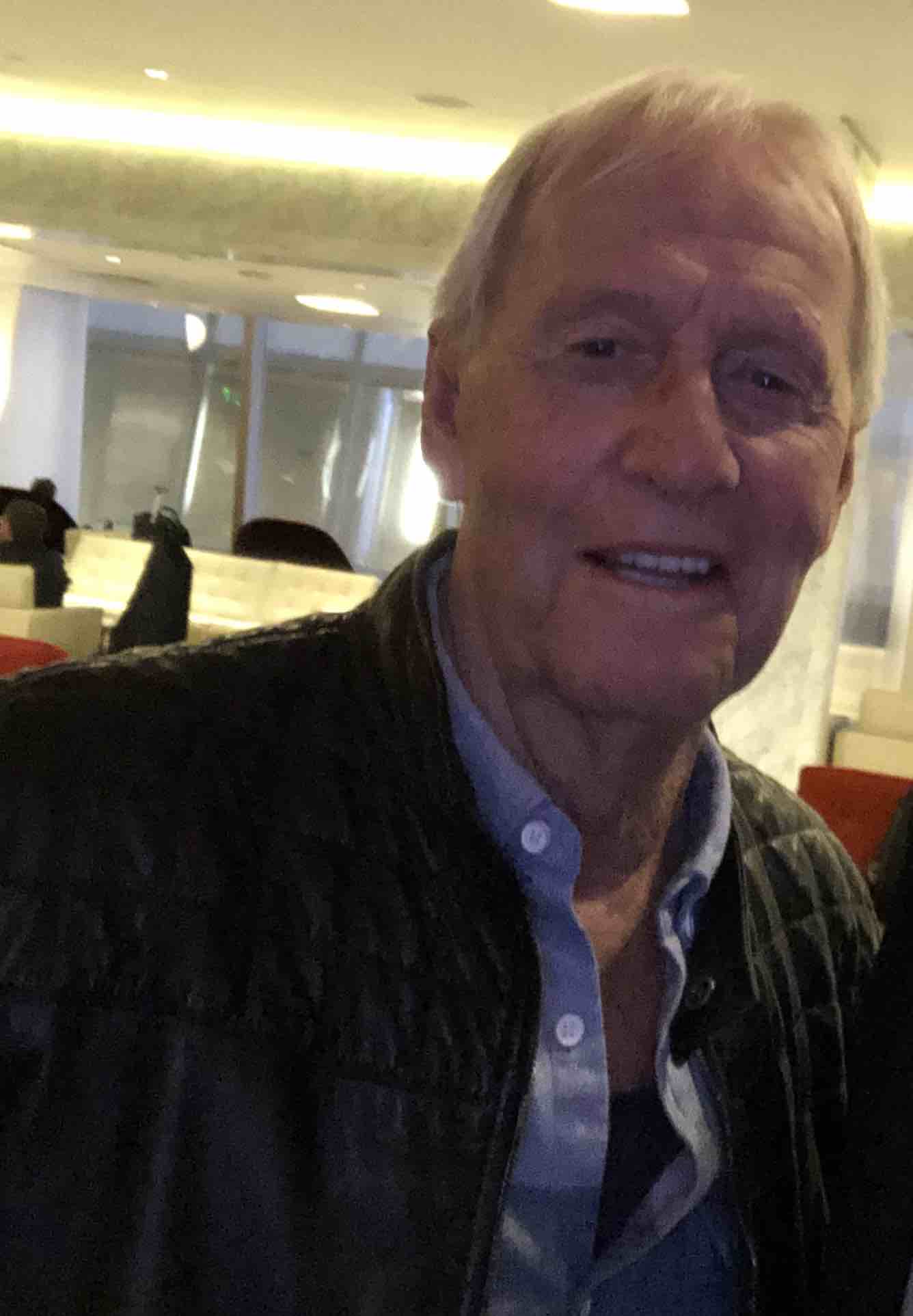 Ended up having a quick chat and he was happy to take a photo. I normally don't get starstruck but being an Aussie legend I asked him. Onya Hoges...
Last edited: Feb 1, 2021

Good topic!
Apart from personal security/bodyguard work where I’ve met some cool celebrities I’d say having a couple of beers with Chopper Read in the downstairs bar of men’s gallery melbourne was the most interesting/random night

Mr Shhh said:
Bumped into Jack Black at Universal Studios in Dec 2017. Here’s a transcript of our conversation.

I met him too on a flight.

ASSASSIN said:
I met him too on a flight.

@south of heaven will fly over and drop some supplies. No, NOT soap, Southy! .

Handlers requisition our boat at Disneyland as we waited to board.

Next minute Adam Sandler strolled past with his family and said "sorry guys" but gave us a big smile and wave.

Went to Wimbledon 2019.
Had good tickets close to the Royal Box.
Didn’t meet, but close by: Becks and Branson. 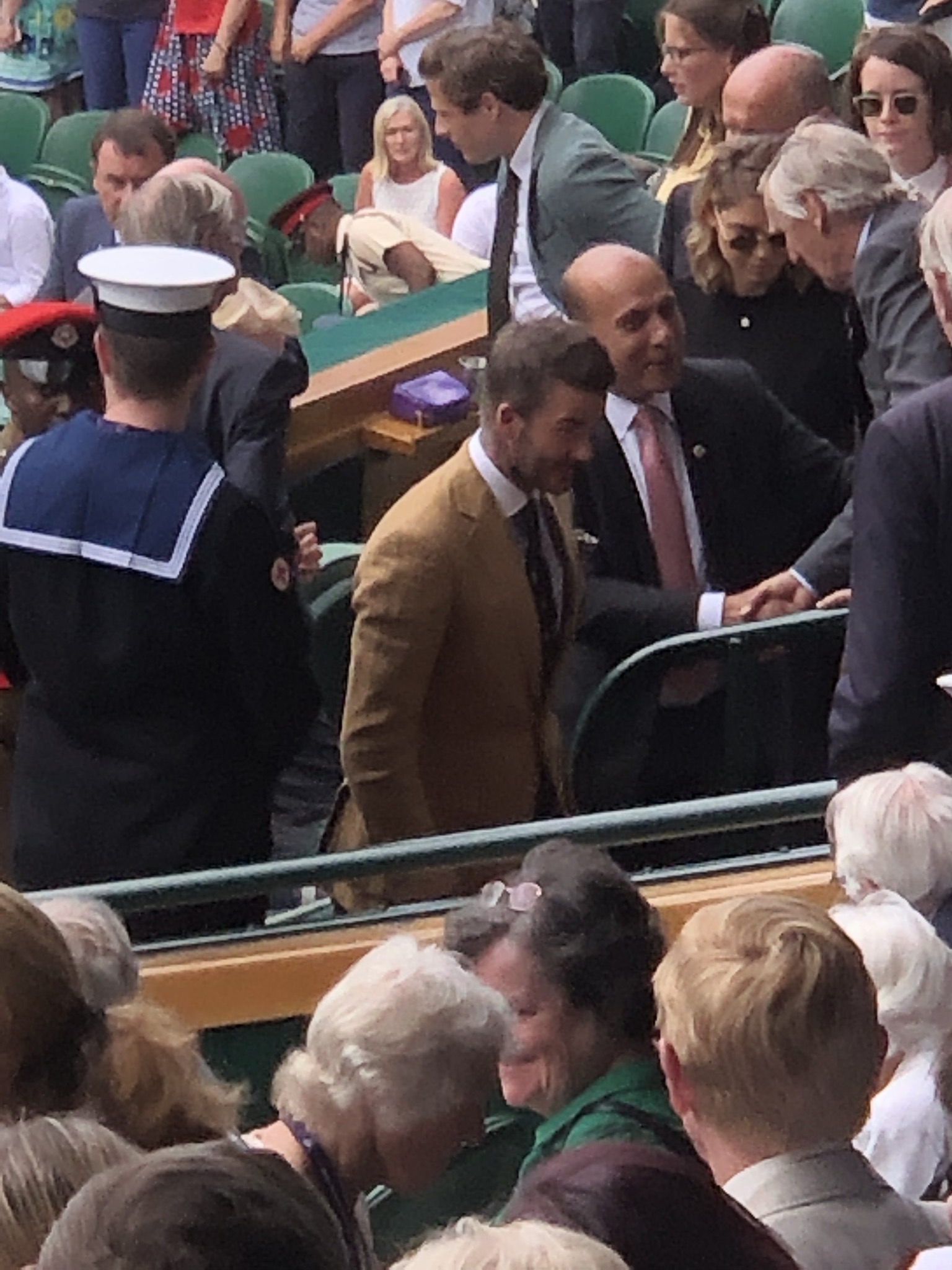 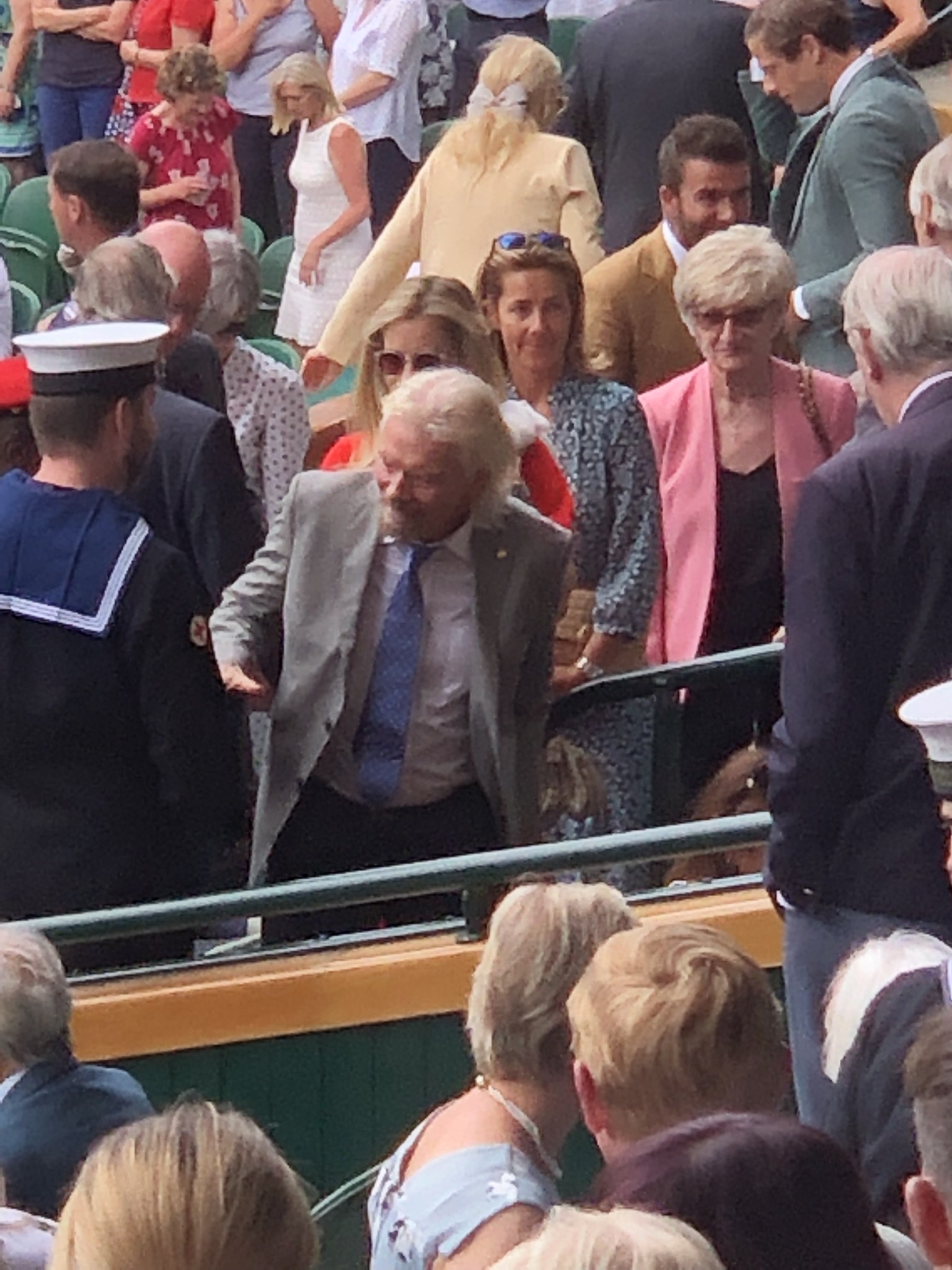 wendog33 said:
Handlers requisition our boat at Disneyland as we waited to board.

Next minute Adam Sandler strolled past with his family and said "sorry guys" but gave us a big smile and wave.
Click to expand...

I hope you gave him the bird lol.

We were driving down a street in Sacramento near this huge park and saw must have been 30 fire trucks.

My husband was so keen to take a look and it turns out it was California's Annual Firefighter Memorial Day. We heard someone say The Governator was presenting the commemoration. There's security everywhere but us being cheeky Aussies we climbed up onto the platform erected for the tv cameras.

Had the best view of his speech.

We were firstly awestruck at how huge he was (and sounded just like his movies lol ) and secondly, that we could be within touching distance without the secret service bothering about us.

The firetrucks were massive as well and spotless

Motorhead said:
I hope you gave him the bird lol.
Click to expand...

Haha didn't get a chance. It happened so quick. The security came out of no where and just commandeered the boat virtually as we were about to step onboard. 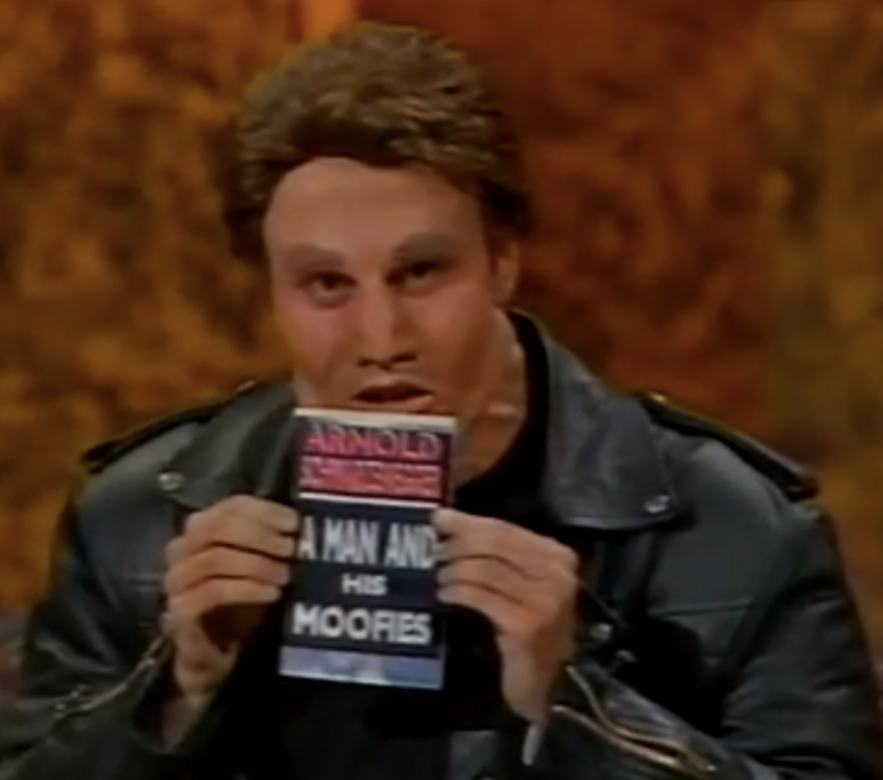 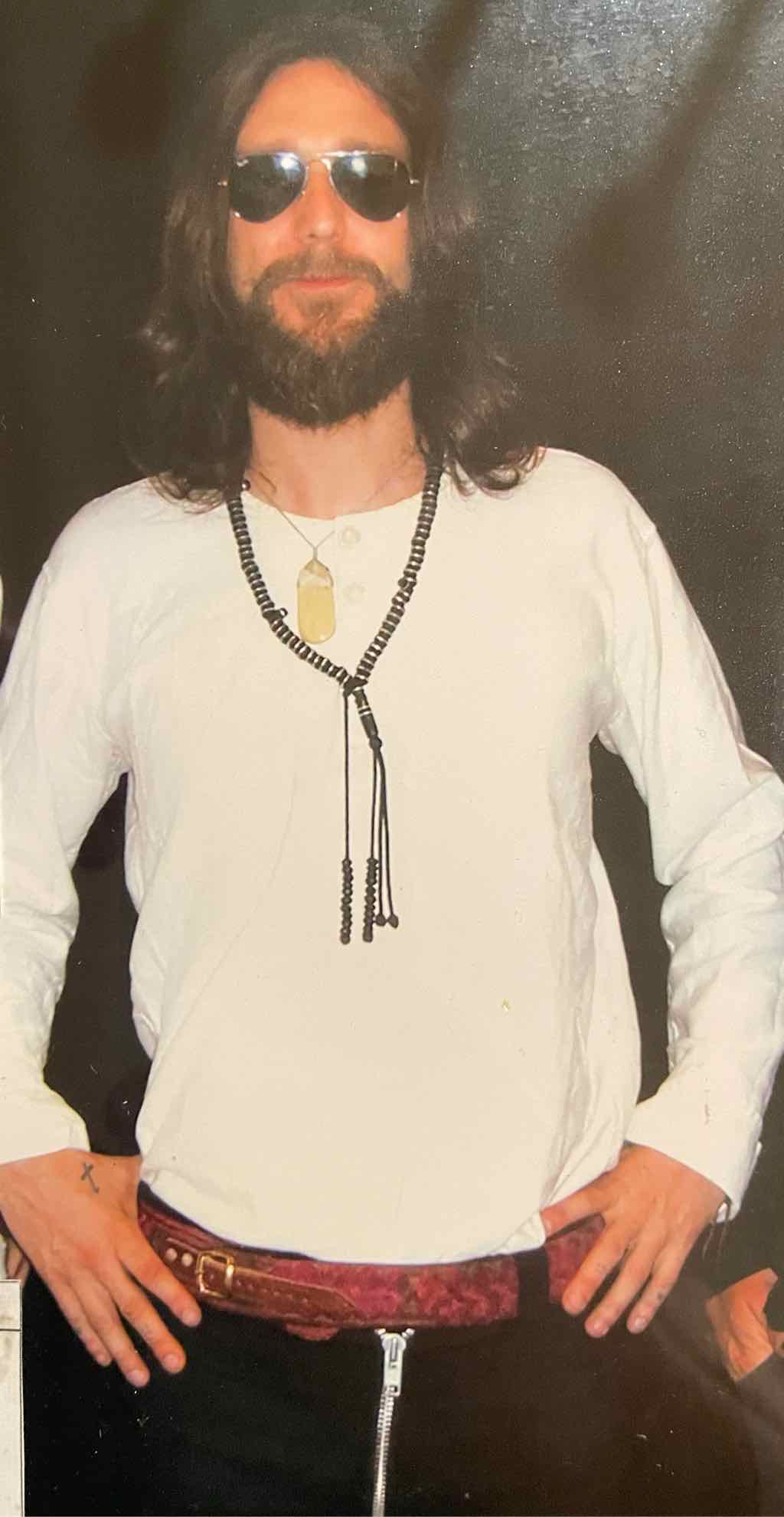 After the interview he invited us to the bands sound check so 3 of us got a 45min private show which given how into them I was in the 90’s is a bucket list item.

With all the other speechmakers there, his accent seemed even stronger lol.

Flew into LA on a Sunday morning. That night due to jet lag me and my mate were still awake at 2am so we decided to go get a drink. Walked into a bar that we heard music coming from. Was barely anyone there but sitting in the corner was Jeremy Renner. Looked at my mate and decided what the hell so went over and asked if we could sit he said no worries. Ended up sitting drinking with him for a few hours (he shouted us) and he was the nicest guy you will ever meet!!
Last edited: Feb 2, 2021

wendog33 said:
Haha didn't get a chance. It happened so quick. The security came out of no where and just commandeered the boat virtually as we were about to step onboard.
Click to expand...

Sounds like a sure-fire way of getting people offside who have been queuing for hours.

Motorhead said:
Sounds like a sure-fire way of getting people offside who have been queuing for hours.
Click to expand...

I think everyone was a Happy Maddison fan

He was a bit sheepish and very friendly and didn't seem up himself, so we all just shrugged it off.

(And smiled and waved back haha)

Dont forget for all their craziness, Americans are very polite and used to allowing military etc to go to the head of queues so that must have been why